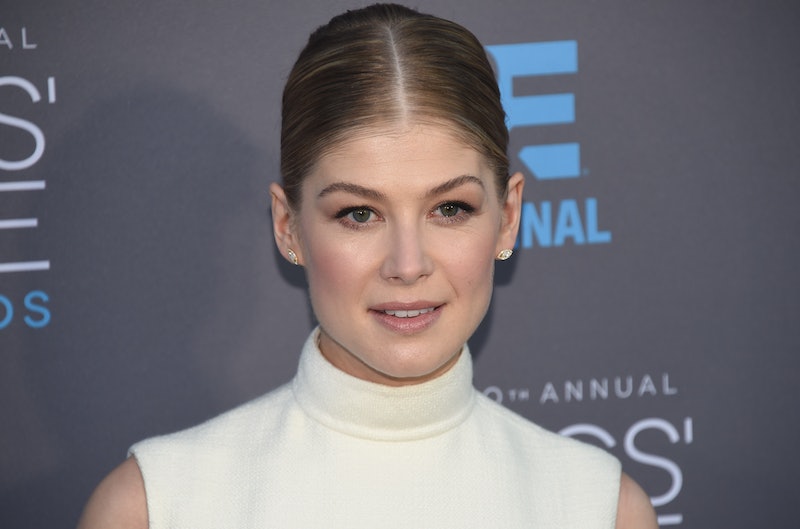 However unconcerned one may be about sporting the same ensemble as another guest at the same event, a Beverly Hills 90210-esque fashion fiasco amounts to a much more troubling situation when said event takes place on a national stage. Marion Cotillard and Rosamund Pike sported shockingly similar gowns on the Critics Choice Awards red carpet, so alike in style that viewers likely indulged in a double take. However, style is often determined by the most minute of details, which luckily distinguished Cotillard and Pike's gowns from one another. Was there one gown that took precedence in aesthetic appeal and elegance of design? I'll call the contest a sartorial draw.

Marion Cotillard's Dior Haute Couture gown made an elegant impact with the simplest of styles thanks to impeccable tailoring and a lightly flared skirt with pannier detailing. Though Jennifer Lawrence's rendition of the Dior frock featured a more complex pattern, Cotillard's gown was immaculate in its spareness, further emphasized by the actress's fuchsia pout. If only Cotillard's hair had achieved a more compelling coiffure, the look might have been a perfect ten.

As far as simple, white gowns go, both Cotillard and Pike interpreted the look in intriguingly disparate modes. 2015 may be the year that the LWD (Little White Dress) overtakes the LBD.