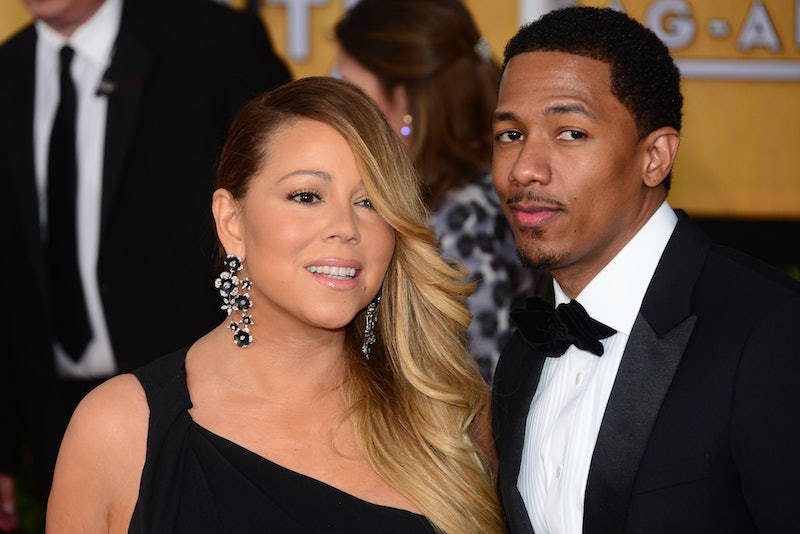 The Nick Cannon and Mariah Carey divorce has been a long time coming. Since August, rumors have been flying, and Carey and Cannon been living in separate houses for months. I'm sure the lengthy process has been difficult on both of them, so it's almost a relief to find out that Cannon officially filed for divorce on December 12th. Cannon officially filed for divorce on December 12th. TMZ reported the information, which was kept under wraps until now. They also note that this happened after Carey arrived late to an NBC tree lighting promo, reportedly because she had been talking with her divorce lawyer on the phone.

Now that it's official and publicly known, it seems as good a time as any for the couple. For Mariah especially, it has come at a good time in her career; this revelation was made public immediately after news of her Las Vegas residency. And, though I'm sure she'll do fine no matter what — at least financially — this will certainly ensure that she'll be comfortable; TMZ notes that Britney Spears made $475K a show in her residency at Caesars Palace.

In announcing the residency on The Ellen Show, Carey described it as "a new chapter for me and I'm just excited about it." Hopefully, it can be a new chapter both personally and professionally. She'll also be releasing a collection of her greatest hits in 2015.

Though the divorce might be good for their careers, I'm sure it might be hard for the couple's adorable twins, 3 year old Morocco and Monroe. However, Cannon has said that since he and Carey have always been busy, their lives haven't changed very much because of the separation. I'm just not sure how much Vegas has to offer toddlers.