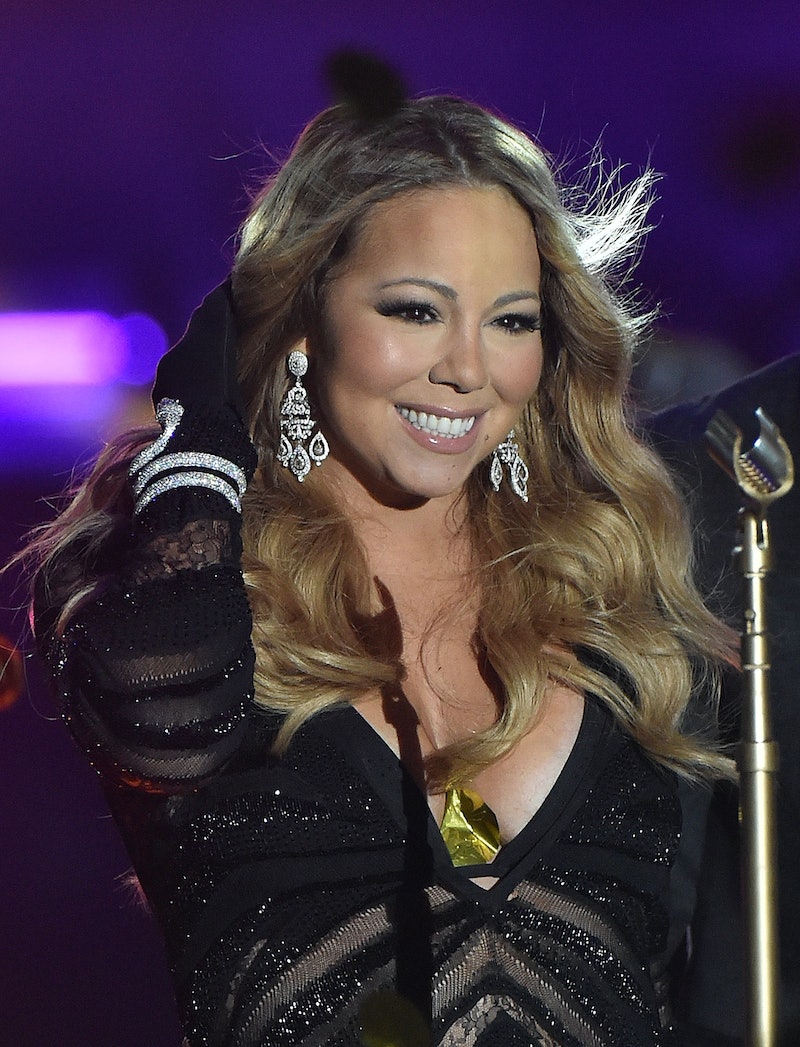 It's only Monday, but it's already been a weird and sad week in celebrity relationship news: Jennifer Lawrence consciously couples with Chris Martin, Beyonce and Jay Z are probably not going to make it despite seeming like they'd pull through together, and today, it seems that Mariah Carey and Nick Cannon are separating. Reports of the couple's imminent separation have been circulating since May, but it looks like this is truly the end for Carey and Cannon. Though the couple has yet to make an official statement, their marriage has reportedly been uneasy following Cannon's bizarre "whiteface" marketing stunt for his album White People Party Music , and divulging his celebrity sex list probably didn't help things, either. However, there are conflicting reports as to whether or not things are really that bad between Carey and Cannon. Perez Hilton reported that Carey's rep said there was "no truth" to the separation rumors, but Cannon has also been reported to be currently living with grandparents, separate from Carey.

Either way, Carey seems to be keeping up appearances. The Elusive Chanteuse tour is going on as planned, though it isn't scheduled to stop in the U.S., and earlier this summer, Carey shared photos of herself looking glamorous as usual with her children at a park, though Cannon was absent from the photo. The divorce rumors could be pure speculation, I think the one thing we can all take away from this situation is that Lindsay Lohan is the only person allowed to share a celebrity "sex list", and even then, it's a bold move and probably never a good idea. Also, they tend to read like second-rate celebrity fan fic, and we honestly didn't need to know in the first place. So there's a lesson here.