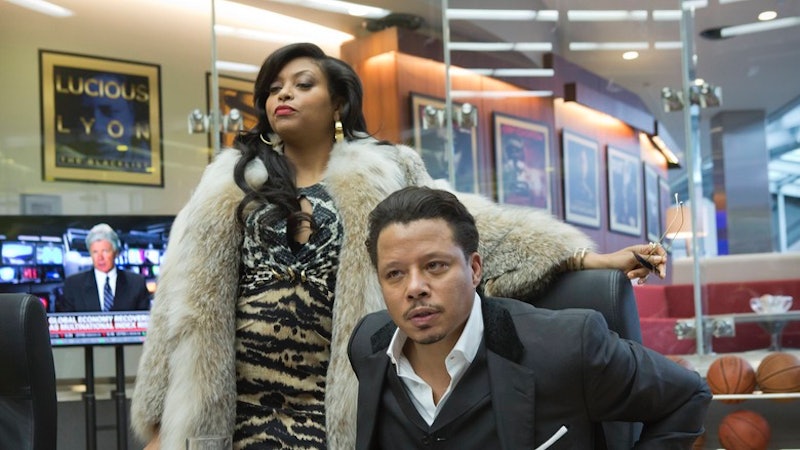 Although it's only two episodes into the first season of FOX's hip hop drama Empire, I can confidently confirm that the show has all the makings of one addictive, hot mess, which is an obvious recipe for success on prime time TV. If you've somehow managed to glance at Twitter on the past couple of Wednesday evenings during the show, then you already know that viewers have gone absolutely insane over it. That's because it's virtually impossible to not be drawn in by all of the show's drool-worthy dramatic twists and turns. Thankfully, though, the right people have taken notice because FOX officially renewed Empire for a second season. Amazing news — and I'm not even done yet.

Entertainment Weekly reports that FOX also announced freshman show Gotham would be back for a second season and that the award-winning Brooklyn Nine-Nine was renewed for a third season — which given the popularity of both shows, seems fairly expected.

The premature renewal of Empire definitely deserves its own separate acknowledgment, though, simply because this sort of move isn't typical for broadcasters — not to mention, the show's performance thus far has been nothing short of amazing. For example, Empire's premiere episode matched ABC's How to Get Away With Murder when it came to the highest-rated series debut amongst the 18-49 demographic. Then, the ratings boost Empire saw in its second week gave it the unparalleled stance as the only drama of the entire season to experience a rise in week two.

Normally, it would feel a little too early to jump on board with a show that's barely been on the air, but something tells me that this Empire train has an exceptional amount of momentum, and we've only witnessed a fraction of its potential.