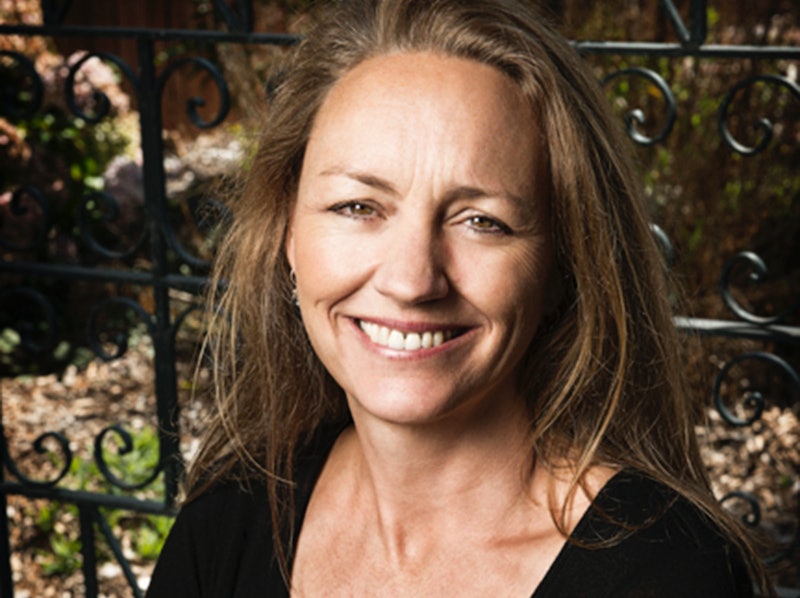 Secrets have a way of not staying buried with time where they belong. In Jan Ellison's A Small Indiscretion (Random House), a mother’s past comes back to haunt her, forcing her to re-examine old, almost forgotten memories of a sex-fueled winter abroad. There's a little bit of complicated narrative set-up to get used to at first, but once you snap in, you’re in for a fast-paced, dramatic read.

Here’s what I mean by that: It’s 2011. Annie and her husband are recently separated and have three children. One morning, Annie gets a phone call: 21-year-old Robbie, her oldest, has been in an accident. After her son falls into a coma, Annie begins narrating directly to him, so the entire book is relayed in second person — kind of like an open letter.

I was drawn into a web of secrets, a world of unrequited love and youthful mistakes.

It’s not clear, at first, why she’s telling him this story, or if it’s something he will ever actually read or hear. What is clear is that something happened in 1989 that has some sort of bearing on the present. Somehow, it even relates to Robbie himself and the accident he got into.

Once I settled into the novel, it rattled along at a steady clip, alternating between the past and present. In 1989, she was a young, inexperienced 19-year-old American working in London. Annie’s boss, Malcolm, keeps putting the moves on her. He’s in an open marriage, he assures her. His wife will be totally cool with it. The wife, Louise, has a lover of her own: Patrick, the charming young Irishman. Annie leaves Malcolm hanging and falls for Patrick — hard. She just can’t figure out how much he cares about her.

A Small Indiscertion: A Novel by Jan Ellison, $11, Amazon

Without resorting to spoilers, I’ll just say that sex scenes start happening. These scenes — the various couplings throughout the book — are decidedly un-erotic, even uncomfortable or cringe-worthy. The un-sexy sex elevates the story above daytime soap opera fare; the scenes have a gritty emotional realism to them. They’re there to intrigue, not titillate. The fact that she’s somehow narrating this to her son adds another layer of awkwardness to the scenes. Is she really telling her kid all about her sex life? Of course, he is in a coma.

As the story of that winter unfolds, Annie gets caught up in a huge web of romantic entanglements. It’s not always evident what motivates Annie to fall into bed with one character or another; she makes some odd choices. Her longing for Patrick, though, is palpable: “I suppose unrequited love is the hardest kind to shed because it is not really love at all. It is a half-love, and we are forever stomping around trying to get hold of the other half.” The pain Annie endures rings true — young unrequited love is so hard because we don’t have more experiences to put it into perspective.

Why is Annie telling this story? What does it have to do with Robbie and his accident? Does it have something to do with the photograph Anne received in the mail from an anonymous sender? I found myself turning the pages faster and faster to get to the answers, and by the novel’s end, I got them. We learn what went down in 1989 — and why Annie wants Robbie to know. We learn how the events of the past could have threatened everything Annie holds dear in 2011: her on-the-rocks marriage, her daughters, and Robbie himself. Some of the answers are satisfying. (One of them, though, is pretty far-fetched.)

A Small Indiscretion is a novel to tear through on a plane ride or on the beach. For a few hours, I was drawn into a web of secrets, a world of unrequited love and youthful mistakes that feel heightened and more romantic on the cold winter streets of London, Paris, and Ireland. Read it for the secrets, and hold tight to see how each character reacts to 'em once they’re finally set free.