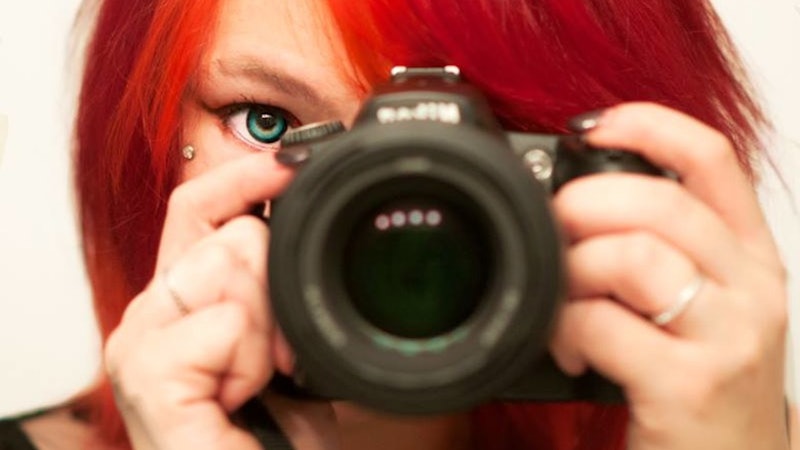 Here's something that might surprise you if you haven't been paying close attention: the collection of surly gamers, anti-feminists, and (in many cases) outright harassers known as GamerGate is still going strong, a whopping six months since its inception. While it may seem like an insular, opaque situation to an outside observer, many people have been badly hurt. Now, the first and primary target of GamerGate's hateful throngs is offering help — indie game developer and GamerGate target Zoe Quinn has launched the "Crash Override Network," an anti-online hate mob support group.

It's a cause which is richly deserving of attention, and frankly, hugely necessary. The anonymity and information-rich nature of the internet has made harassment, threats, and destabilizing intimidation easier than ever to focus on a single person. And when there's an enormous, leaderless, wholly unaccountable "movement" that wants to focus its ire on you — something Quinn knows firsthand — the results can be horrifying. But if you have an outlet, somebody to confide in and seek advice from when things start to turn south, well, that might make things just a little bit easier.

This isn't altogether surprising news, as she'd said before that this was one of her aspirations. When Quinn spoke to Bustle back in September about the origins and ongoing deceits of GamerGate, she mentioned that she was planning to launch an outlet to help others who'd been targeted like she had.

... I’m starting an organization made up mostly of people who’re survivors of this sort of thing themselves, and have expertise in fields like law enforcement, the attorney side of law enforcement, social workers — especially ones that support minorities and people who’re traditionally at more risk of being targeted, where harassments go deeper and further and manifest in more damaging ways. As well as people who are security experts and white hat hackers, people who understand how to deal with these things. When I went to the police, I had to print out hundreds of pages of stuff that had happened online, because trying to get them to understand how the internet works and what’s actually going on is tricky enough.

The Crash Override Network isn't solely the brainchild of Quinn, to be clear — she's joined in this noble effort by her partner Alex Lifschitz, who's absorbed his own share of attacks, both from GamerGate supporters on Twitter and on their section of the virulent image board site 8chan.

This is a truly relevant moment for Crash Override Network to launch, thanks in large part to the aforementioned 8chan. One of the controversial site's forums has been doxxing and organizing swatting attempts in recent weeks — that's when you make a fraudulent call to the police to try to get a SWAT team erroneously sent to someone's house. And while these plans have unfolded on a separate forum from GamerGate's, surprise surprise: the doxxing and swatting targets tend to be aimed at GamerGate critics, such as Ashley Lynch, who had the police show up at her door last week.

Of course, why or who is doing the targeting is slightly beside the point. Crash Override Network isn't solely aimed at helping people targeted by GamerGate, but those targeted by online hate mobs of various stripes. Its announcement has spurred a lot of angry harassment in its own right, a fact that's deeply depressing, wholly predictable, and very illustrative — apparently valorous, ethically-minded gamers also hate anti-harassment initiatives for some reason?

Hats off both to Quinn and Lifschitz for doing this. When marginalized people are targeted online with threats and intimidation, people's advice often takes a familiar, victim-blaming tone — "hey, that's the internet! If you don't like it, just log off." Knowing there are people out there offering support that rejects that callous status quo is more than just heartening. In a way, it's revolutionary.