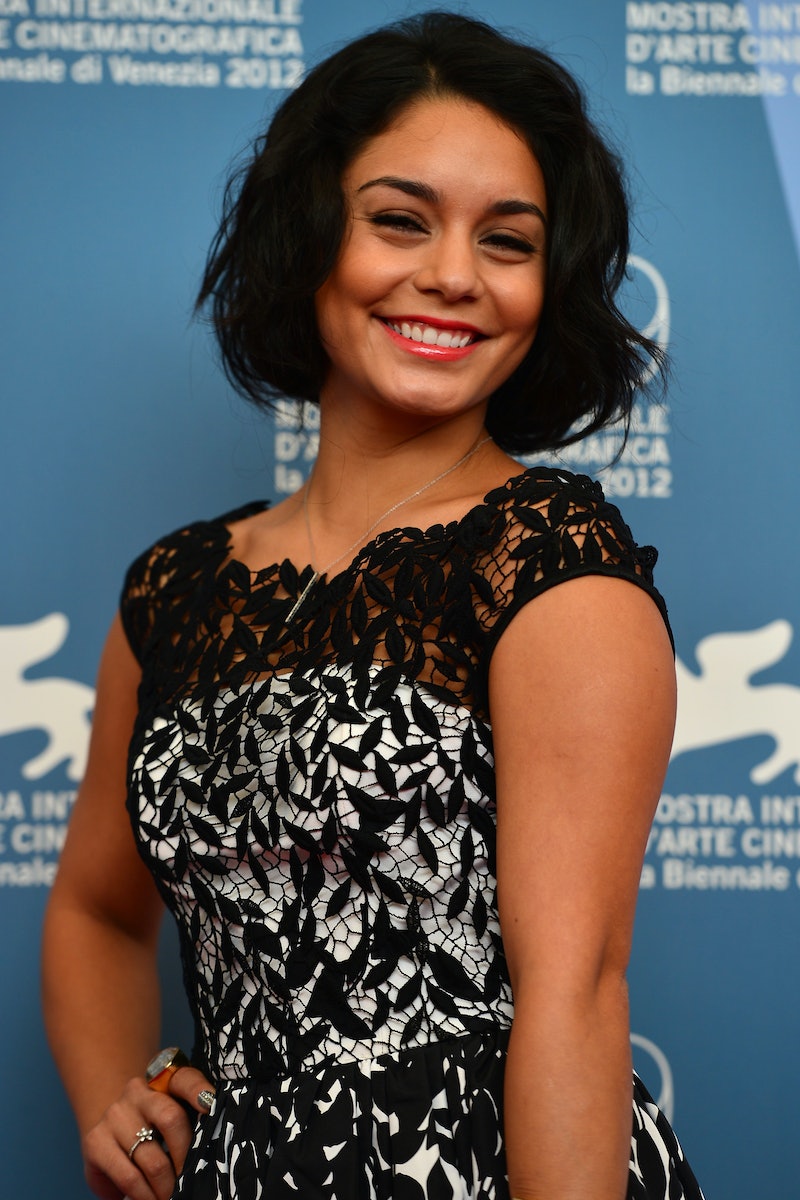 Looks like Fox is jumping on the live television musical bandwagon started by NBC and their Sound of Music Live phenomenon: According to reports, Fox is airing a live production of Grease on Sunday, Jan. 31, 2016. Sure, it's an entire year away but the network promises they will "re-imagine the hit crossover musical for an entirely new generation." That in itself sounds worth watching — I mean, it's Grease, after all! — but wait until you hear the cast. Fox announced that Julianne Hough and Vanessa Hudgens have joined Grease: Live, in the roles of Sandy and Rizzo, respectively.

Yup, your eyes have not deceived you. Vanessa Hudgens as Rizzo! I think it's a surprising, yet awesome casting decision. It's a far cry from her role as Gabriella in High School Musical. Seriously, if you think about it, she's literally playing the exact opposite character of her Disney days. But if Spring Breakers taught us anything, I think she can handle it. Hudgens says:

Being Rizzo is something I’ve never imagined, and I love that because it will be a new challenge. She is such an iconic character that continues to transcend generations. I cannot wait to bring her to life on live television. I’m going to be a Pink Lady!

As for Julianne Hough, the role is a dream-come-true, too. She says,

Grease is one of the movies that made me want to be an entertainer, and I have literally been waiting my whole life to play Sandy. My siblings and I watched it and played it out over and over when we were kids. This is my dream role and performing it live on television will be one of the most thrilling opportunities I’ve had in my career so far.

The role of Danny Zuko hasn't been cast yet, and other characters haven't been announced either. If they're taking viewer recommendations, I can't help but hope Zac Efron is cast as Kenickie, purely because it'd be like High School Musical gone bad. (And I'd root for the T-Birds over the Wild Cats any day!)

While we'll have to wait to see who's cast (and wait even longer for the actual show), I've found a perfect way to pass the time — playing the Grease soundtrack on repeat all day: