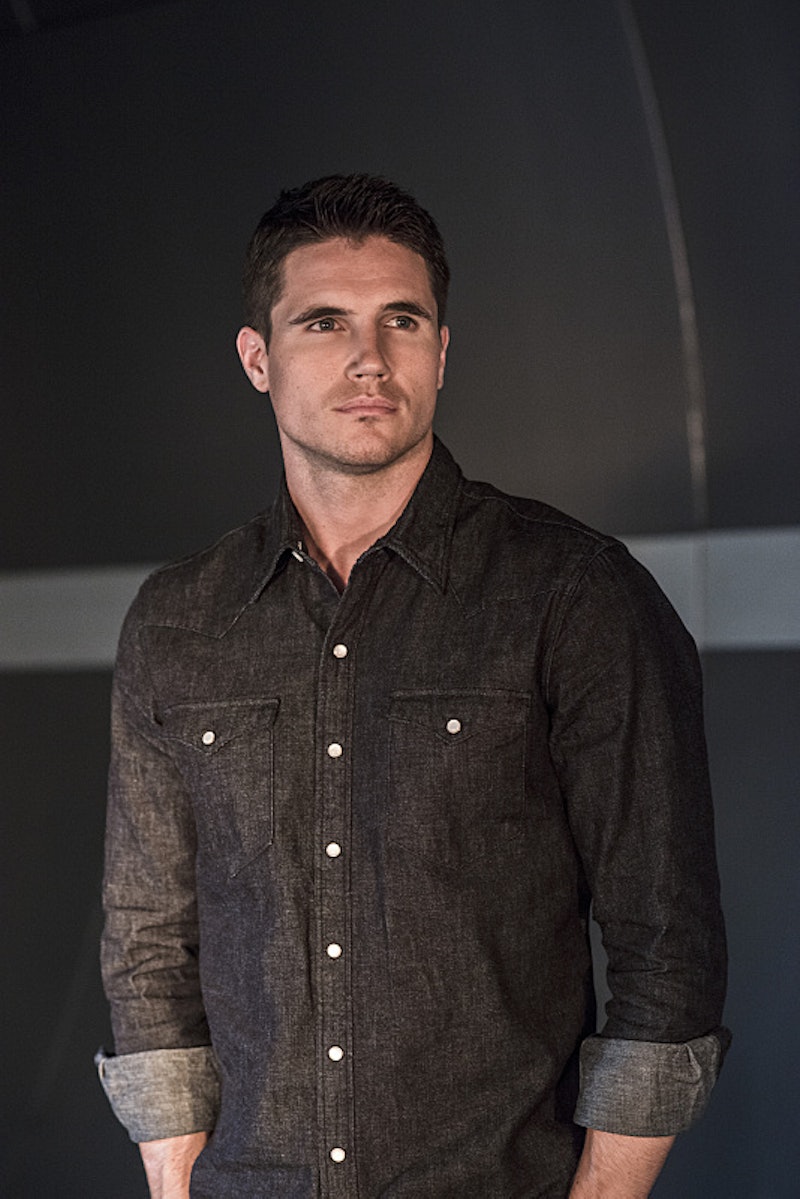 Tuesday night's new episode of The Flash, "Revenge of the Rogues," not only saw the return of Captain Cold, but also brought the small introduction of someone who's going to soon play a HUGE role for the gang at S.T.A.R. Labs. Caitlin Snow, on a quest to find out more about Ronnie Raymond — you remember, that guy on FIRE — tracks down one of his old colleges at Hudson University, Jason, to basically grill him about their project, F.I.R.E.S.T.O.R.M. Jason doesn't want to talk about it, and rightly so. Last time someone started asking questions, their professor, Martin Stein disappeared. If this is the first time you're hearing the name Martin Stein, be prepared for his grand entrance on The Flash — because it's going to be insane.

As Jason explains to Caitlin, their F.I.R.E.S.T.O.R.M (Or, fusion ignition research experiment and science of transmutation originating RNA and molecular structures, you're welcome) project was basically all about "the ability to alter matter on the molecular level." Also, they burned a concrete wall to the ground, which the University wasn't too happy about, leading people to start asking lots of questions. Shortly after that, Professor Stein disappeared, and no one has seen him since. Jason is still not too keen about this whole conversation, and it happens in super hushed voices at Jitters. For some, it might just seem like a throw away conversation, but let me tell you, it's going to add up to the epic return of Ronnie as Firestorm, and Stein will be included in that as well.

In the comics, Firestorm (the hero, not the acronym) is actually made up of two different people who have fused together — Ronnie and Stein. It happened during a nuclear accident in the comics, but we know on The Flash Ronnie "disappeared" during the particle accelerator explosion. Was Stein by chance also at S.T.A.R. Labs that night? Is there some way he and Ronnie happened to meet before everything was blown sky high, or will the show take a different approach to their dual identity?

While we've already seen Ronnie on The Flash before — played by Robbie Amell, yes related to Arrow's Stephen — Stein hasn't been seen yet. But, he has been cast. Former Alias dad Victor Garber will play Professor Stein, and I honestly didn't think The Flash could get any better. I guess they've proved me wrong!