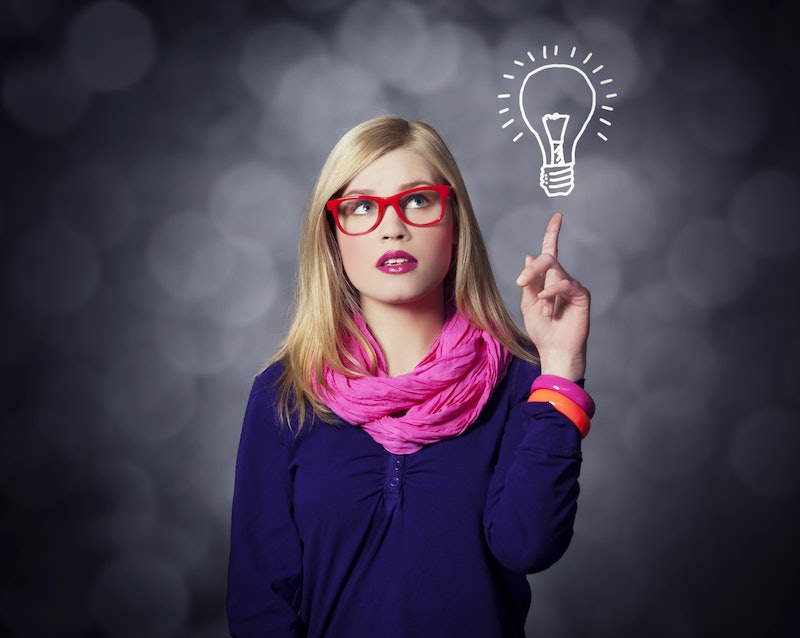 Why is it that when TV detectives have only a precious few seconds left to solve the puzzle and save the day, they always squeeze their eyes shut and clutch their head dramatically? Well, according to science, it isn't just lazy acting, because a recent study showed that closing your eyes improves your memory. There's no word yet on whether it also briefly turns you into a brilliant-but-antisocial investigator with a heart of gold, but I'll get back to you on that one.The University of Surrey study, published this month in Legal and Criminal Psychology, asked participants to watch a film showing an electrician stealing from a property. They were assigned to four groups when recalling details about the crime later: eyes open, eyes closed, rapport with the interviewer, or no rapport. The results showed that volunteers whose eyes were closed remembered with 23 percent more accuracy. Participants who built a rapport with the interviewer also remembered the event better and felt more comfortable closing their eyes, although the difference in accuracy wasn't as pronounced. A second experiment built on this by asking participants to recall audio from a separate video clip, and the results were the same: the eyes-closed and interviewer-rapport groups were more accurate in their recall.

The study joins a growing body of research on the subject of improving eyewitness memory. Eyewitnesses are notoriously unreliable, because honestly, your brain is terrible at remembering stuff exactly as it happened. False memories can be created in all kinds of everyday situations, which you probably already knew if you've ever fought with your siblings over the minute details of childhood memories. In fact, researchers say that the current reliance on eyewitness accounts in the courtroom is heavily flawed, as demonstrated by the number of wrongful convictions around the country. Pretty much everyone in the field advocates for better techniques than the ones we have now for interviewing witnesses, because I think we can all agree that just hoping that people remember things well isn't the most scientific process.

You're hopefully not going to be an eyewitness anytime soon, but next time you're frantically searching for your keys right before work, maybe try taking a deep breath and closing your eyes. Even if you don't remember where you put them immediately, you can totally pretend your Sherlock. It's basically a win-win.