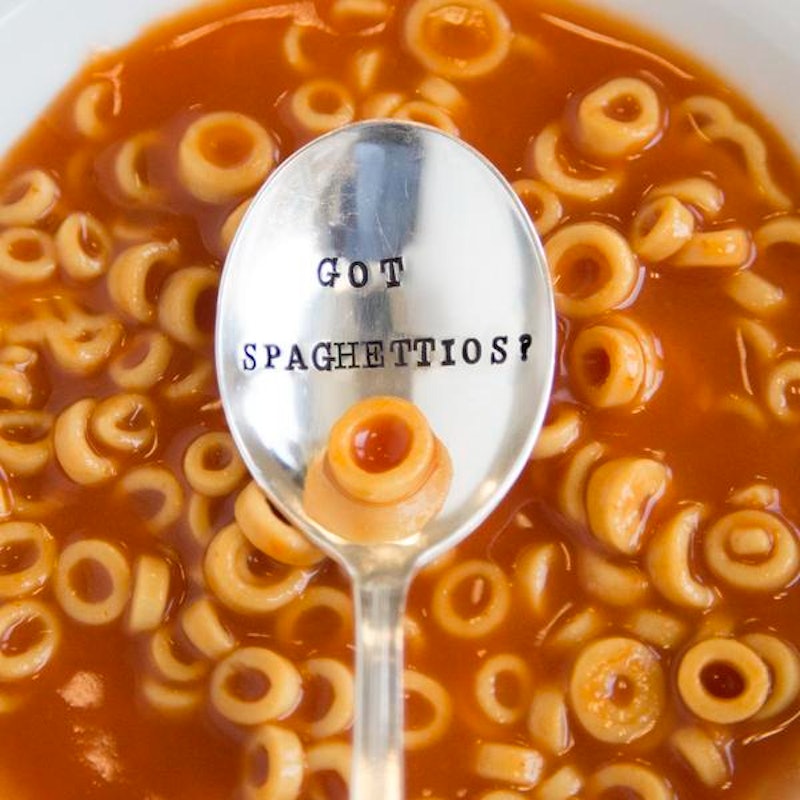 There's just something about the foods you loved as a kid that don't quite hold up when you become an adult.The rules of food enjoyment as a kid are quite simple: make it as processed and sugary as possible, make the flavor and the design of the container equally EXTREME, and include all the colors of the rainbow. It doesn't matter if it comes out of a can, a three-gallon plastic jug, or has been frozen for the last 15 years — as long as it tastes nothing like the food it's inspired by, it'll taste delicious. But as we get older, our tastes change and Franken-foods often found in the middle aisles of the grocery store become less desirable.

It's a bummer to learn that you're no longer craving the same items that were once packed in your lunch box as an afternoon snack, or that the frozen dinner that you once considered comfort food now tastes like a disgusting heap of hot garbage. But once you learn how to prepare your own meals, start enjoying the vegetable portion of your plate, and experience dinners out that are fresh and prepared with the highest quality ingredients, you just cannot go back to enjoying the same foods you loved as a kid. In fact, those foods start to taste extremely gross. Try to eat any of the following foods now as a bill-paying grown-up, and you'll be seriously disappointed by the taste.

This was dinner for me at least once a week all the way into college. It served its purpose and filled my belly on the few dollars I had to spend, but I tried it a few months ago and realized just how little it tastes like spaghetti. It's more like orange mush.

Bologna and cheese sandwiches had a nice home in my lunchbox all through grade school, and I remember LOVING the taste, but...what even is this meat? Bologna should always be the last resort. Like, the zombies are taking over and the only way to feed ourselves is with the pound of bologna we found in the abandoned market.

Adults eat Greek yogurt, plain, or maybe with a light fruit topping. Kids, on the other hand, eat yogurt that is basically a cup of liquified sugar. You should be able to spot these based on the flavor. Anything with a name that you'd find on ice cream, pies, or any kind of dessert should be avoided after age 30. This is because while it's COMPLETELY fine to indulge on dessert, why would you ever choose the yogurt version over the real thing?

Even as kids, we were never psyched to have a granola bar placed in front of us. This was the snack you settled for. As adults, the fruit goo in the center is awful and it feels like it gets stuck to the insides of your throat on the way down. Just, ew.

They were amazing. I miss them dearly. But there is nothing inside these Lunchable boxes that should be anywhere near an adult's lunch. Probably because even the meat tastes like it was made in a lab.

There's a reason this is not served in restaurants during brunch. It was once a refreshing morning beverage, and then at some point it became a too-tangy hot mess you used to know.

The more fruits that are added to the title, the less it tastes like fruit. Probably why a product like this is always labeled "fruit drink."

I can clearly remember a time when I would happily sit down in front of the TV and get lost in the edible bliss that is a Kid Cuisine frozen dinner. It was the top dog of the frozen food aisle as far as I was concerned. But then I tried it as an adult and discovered that the pocket of vegetables always had lima beans and too much watery liquid, and the dessert pocket was labeled as a brownie, but tasted more like a block of dried chocolate frosting.

You didn't eat these because you loved the celery (unless you were an insane child), because celery was (and still is) the worst edible item on the planet. I mean, WHY is it so stringy? And as an adult, you don't have to settle for this healthy snack trickery. You can eat peanut butter out of the jar if you're craving peanut butter, because you can do whatever the hell you want.