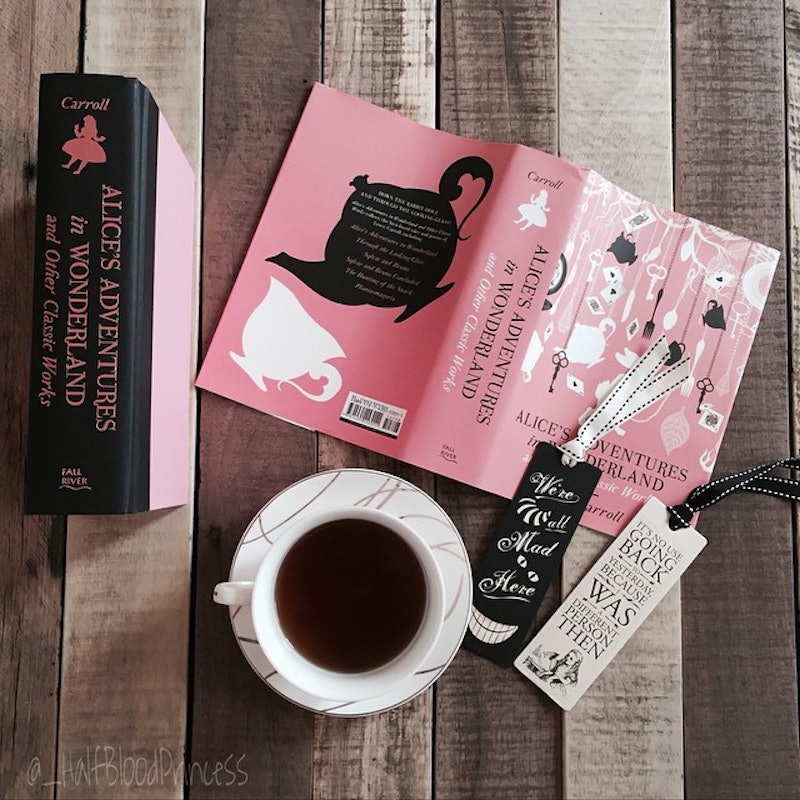 Do you feel as passionately about your book club as I feel about mine? It’s always a highlight of my month (and, yes, I am just as passionate about sticking to a schedule and never bumping book club in favor for another event, no matter what), and I may get just a little nerdy when I talk about it. If you’re a member of your very own book club, you definitely understand how much fun it’s possible to have while talking about the latest in best-sellers and page-turners amongst your equally-as-literarily-minded pals.

But that’s not the only thing all book clubbers know, because life in a book club has all of its own tricks and tips, just like any other membership-based group.

Is a book club like a secret society? Well, I wouldn’t go that far, but membership certainly has its perks, and those go way beyond just being up to date on new books and the best wines to pair with memoirs versus works of fiction. If you’re in a book club, too, you know exactly what I’m talking about, thanks to these eight things that only book club members know about. Come on, join our club. You know you want to.

Book clubs tend to contain (at least) eleven different types of people, and as difficult as it might sound to make eleven disparate personalities match up — and actually have fun! — when it comes to jawing about books, assembling a solid group is the most important part of any successful book club. Good group chemistry makes every meeting fun, every book exciting, and every discussion lively. Sure, it's not easy to put a good group together — it's basically a social situation jigsaw puzzle — but once your club clicks, you know it.

The worst part of book club? Picking the next book. Even the most affectionate, well-assembled book clubs include members that have extremely different tastes, and pleasing everyone with next month's selection often seems utterly impossible. That's because it is. Not every book is going to sound good to every member, but compromising on picks is a quick, easy way to make everyone happy. Want to read a mystery this month but half the club would rather go for that new memoir? Instead of arguing about it, compromise. Read one book now, one book next month.

Don't Ever Skimp On the Snacks

If your book club isn't into providing delicious snacks, drinks, refreshments, treats, and other edibles, what are you doing? That's the best part!

Your Planner Is Your Best Friend

If you've got a big enough club (or just one that's populated by very busy members), you already know how hard it can be to pick a date and time that works for everyone. Don't be afraid to change things up to accommodate the maximum number of attendees — although my book club first started as a weekend thing, we eventually transitioned to weekday evenings, which has provided a welcome respite from the hubbub of the work week. Break out those planners early (perhaps even planning out dates two or three months in advance?) and make book club an unbreakable commitment. You won't regret it.

Not Everyone Is Cut Out For Book Club

My book club just celebrated its first anniversary — and most of us have never missed a month! — which was particularly special for the members who have been there since the beginning. Although we've folded in a couple of new members over the course of the year, some prospects just haven't worked out. Some people can't make the meetings work for them, or they can't finish a book in time. Other people are just plain flaky, or they don't thrive on discussion. Sometimes, personalities conflict. It's okay! Not everyone is cut out for every book club, and that's totally fine. If you really want to include everyone in your book club-ing, why not start up another club for stragglers? Perhaps one that meets every two months? Or a club that only reads a certain kind of book?

It's a Good Thing When People Don't Agree On a Book

Book clubs are meant to foster discussion and debate, and although it can sometimes be a bit off-putting when members don't all love the same book (especially if you did and sort of expected everyone else to feel the same way), talking about controversial books in the book club environment is a wonderful way to think about them in a fresh way.

But It's Really Great When They Do

Still, there's something to be said for books that your entire club loves. I still remember the first book my club simultaneously flipped over (it was Meg Wolitzer's The Interestings, by the way) and how exciting and fun it was to turn our meeting to what was, essentially, just a big lovefest for one novel.

You Shouldn't Be Afraid To Try Something New

Somewhat accidentally, my book club has only read books by female authors, but an early interest in literary fiction (Donna Tartt's The Goldfinch, Kate Atkinson's Life After Life) soon gave way to a pair of biographies penned by funny ladies (over consecutive months, we read both Lena Dunham's Not That Kind of Girl and Amy Poehler's Yes, Please), which have kept things fresh and fun for all of us. Don't be scared to try out a different genre — next month, we're reading the salacious-sounding Big Little Lies from Liane Moriarty, our first mystery — or even to explore some older titles.