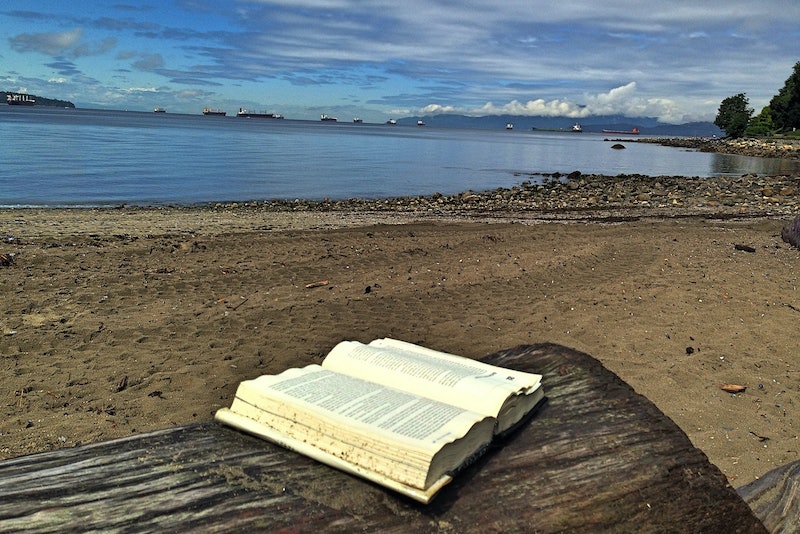 Summer 2014 has been a great season for books. Between Emily Gould's Friendship , Emma Straub's The Vacationers, Hillary Clinton's Hard Choices , and so many more, readers have had an almost overwhelming number of options to choose from over these last few months. Yet while the sudden plethora of great books available is certainly fantastic, it also means that it's easy for many of them to accidentally slip through the cracks.

Such might've been the case for Liane Moriarty's Big Little Lies and Chris Bohjalian's Close Your Eyes, Hold Hands, two fantastic summer reads released in July that, with so much competition, might not have been on your radar despite fantastic reviews and must-read plots.

Thankfully, summer's not quite over yet — hold on tight! — and you still have a few more days to check out the books that might never have made it off the shelves. Labor Day Weekend is the perfect time to catch up on all the reading you may have skipped over these last couple months, but if you only have time for a few of them, Moriarty and Bohjalian's works are two books you should check out.

Here's what to know about the wildly different but equally wonderful novels:

Plot: Three women — Madeline, a spirited mother of three; Celeste, the troubled wife of a powerful man; and Jane, a young, fearful single mom — form a close bond over an incident in their children's kindergarten class that has bigger effects than any of them know.

How you know the author: Moriarity, an Australian author with six novels under her belt, wrote last year's bestselling The Husband's Secret . 2010's What Alice Forgot was also a major success.

Why everyone will love it: It's nearly 500 pages, but you'll read it in one sitting. Hugely funny, constantly surprising, and impossible to put down, Big Little Lies will give you enough water cooler talk to last through the month.

Plot: After her parents are killed in a nuclear explosion (that they might've accidentally caused), teenage Emily Shepard flees from the disaster and begins a new life as a homeless runaway, taking refuge in the words of her favorite poet, Emily Dickinson.

How you know the author: Bohjalian is the bestselling author of 15 books, several of which have been made into films. Midwives, his 1998 novel, was an Oprah's Book Club selection.

Good for Fans of: The Fifth Wave; California; Dicey's Song.

Why everyone will love it: No matter how old you are, you'll find yourself relating to the Emily, one of the most interesting, realistically drawn teens in recent memory. The writing is vivid, the setting unique, and the book unforgettable.