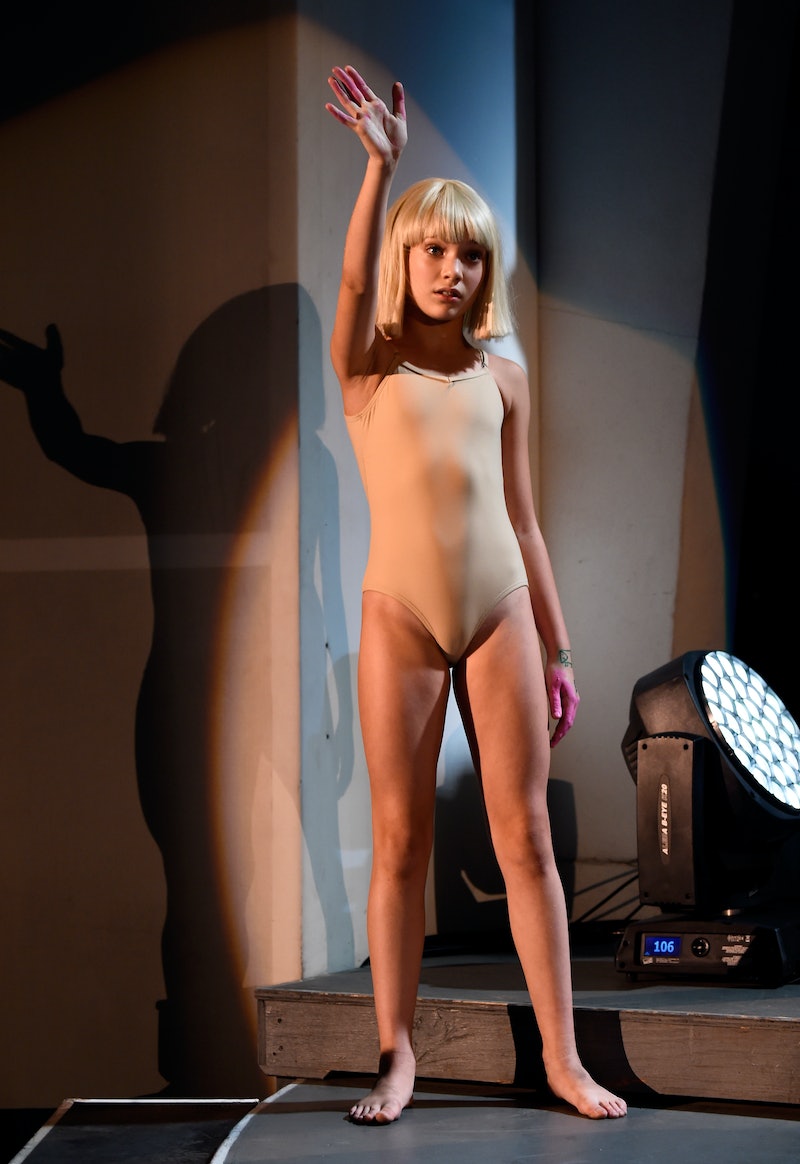 Maddie Ziegler... if it's not a name you're familiar with yet, it's one you'll be familiar with soon. Dance Moms fans know her as one of the most talented dances at the Abby Lee Dance Studio — but now she's really starting to pick up traction as Sia's go-to döppelganger — sure, Girls showrunner/star Lena Dunham in that signature choppy platinum blonde wig will do in a pinch, but it's Maddie who is rapidly becoming her most frequent collaborator. First, there was the gorgeous interpretive dance Maddie did for the "Chandelier " music video, then she channelled a wolf alongside Shia LaBeouf in the controversial video for "Elastic Heart." All this, and get this: She's only 12 — she's obviously set for some big things, but what other projects is Maddie Ziegler working on?

Well, things have been pretty busy: In addition to the 3.5-4 hours of daily dance practice, the rigor of being on a reality TV show, and well, middle school, Maddie's doing everything from getting profiled in the ever-prestigious ELLE Magazine to making guest appearances (alongside mimes) on Saturday Night Live . Heck, she even turned teacher when she tried to show Jimmy Kimmel the "Chandelier" choreography (she also appeared in a similar teaching capacity on Billboard's cheekily-titled "So You Know You Can't Dance"). Suffice it to say, Ms. Ziegler has a lot of irons currently in the fire — but what's next?

You Can Check Out Her Clothing Collection

Maddie and her sister Mackenzie launched a collection with tween brand Mod Angel a couple of months ago in November. If you happen to have any pre-teen relatives (or maybe if you're just really petite) you might want to check it out — the collection is still available online.

Watch Her on Austin and Ally

She's set to appear on the popular Disney Channel program Austin & Ally , on an episode which will run next month. Apparently, she's a Disney fan — so I'm guessing good times were had all around.

Wait For The Next Sia Video?

Nothing's set in stone yet — heck "Elastic Heart" just came out — but after the success of their first two videos (not to mention their joint appearance on SNL), Maddie's already widely accepted as "Mini-Sia." Let's all hope the two of them collaborate again someday soon... if Maddie's not already too busy, that is!