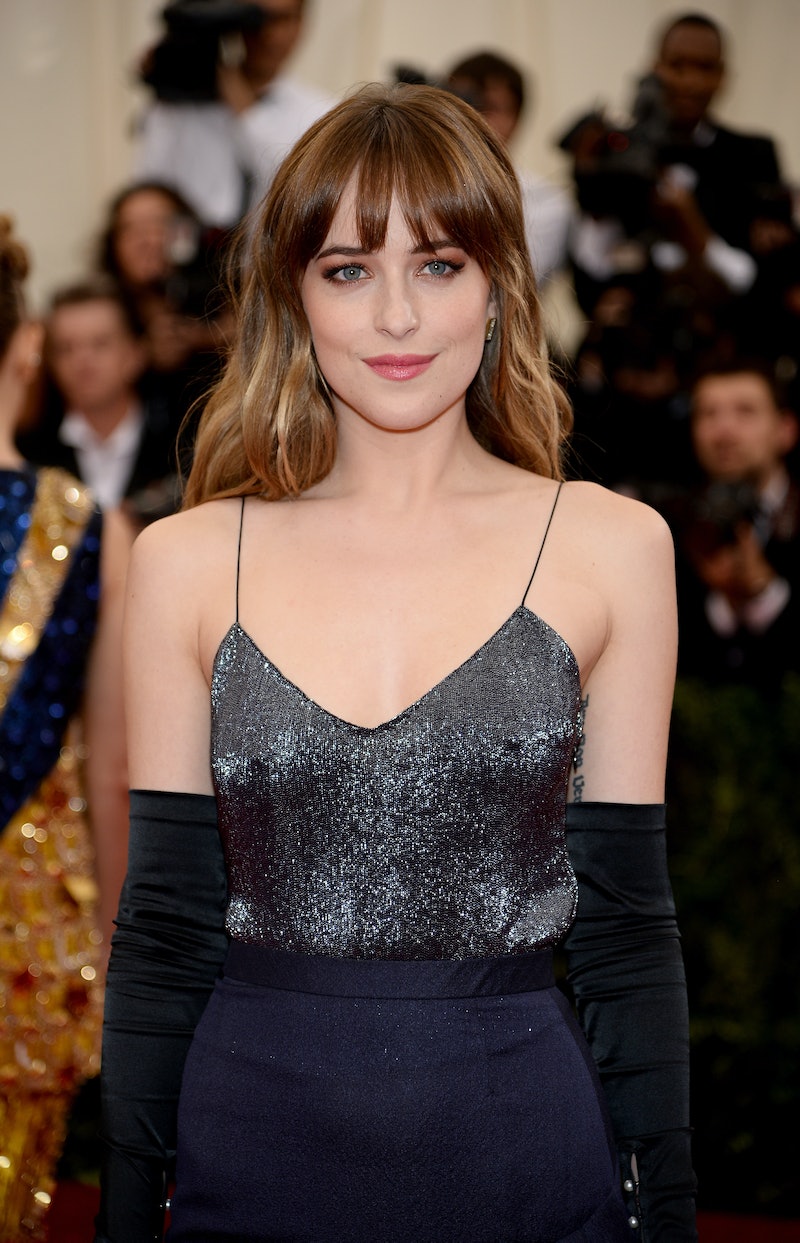 Whether you've actually read Fifty Shades of Grey or not, you are most likely familiar with the name Dakota Johnson. The somewhat anonymous actress has successfully remained out of the limelight since the inception of her career— but that's all about to change in a big way. When Johnson signed on to play the high-profile role of Ms. Anastasia Steele in the erotic bestseller, she had to have known the territory that would come with it — mega superstardom, which includes her face plastered on pretty much every major magazine. Now, Dakota Johnson covers the February issue of Vogue , officially marking the beginning of her 2015 reign.

Landing the cover of Anna Wintour's esteemed fashion bible is quite possibly the highest honor one can achieve in this industry. The American actress does it oh so effortlessly, sporting a #nomakeup, fresh-faced look complete with warm amber locks and a barely there smile. What's even cooler about this project is that it doesn't stop at the cover image alone. Vogue has coupled the shoot with a video titled "Just A Minute," which features the starlet lounging about on the couch and the floor of her glamorous dressing room as she procrastinates getting ready (a concept we're all too familiar with).

What do you think of the cover look?