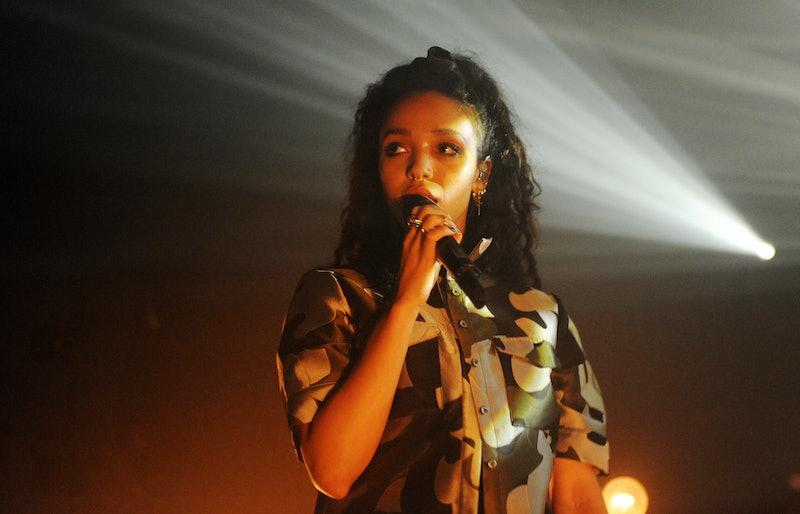 You may know FKA Twigs as Robert Pattinson's new girlfriend, but if her recent string of magazine covers isn't already an indication, Twigs is a star in and of herself. She's a talented musician, and you may have heard her song "Two Weeks" or — if we're going back even further — seen her as a backup dancer for people like Jessie J or Kylie Minogue. It may seem like Twigs is quietly and confidently securing a place for herself in Hollywood, but the truth is that she's been there for kind of a long time already. So, magazine covers? No big deal. This month, FKA Twigs is the makeup-less cover girl for Yen magazine and she looks stunning.

The lack of makeup on a magazine cover star probably shouldn't be big news—we're better than all that, right? But the fact of the matter is that FKA Twigs is a different kind of cover star. You don't see the cover of Yen and think that she is trying to prove something or make a statement or send a message, but the image definitely makes you look twice. As The Gloss pointed out, she has an expressive and striking quality about her — the characteristics of a truly remarkable model. Pretty impressive for what some consider a newcomer on the music scene.

A quick glance at her Instagram and it would seem that Twigs is probably going to be on many, many magazine covers after this one. Not sure what I mean? See for yourself.

More like this
Dua Lipa’s Best Looks From Her ‘Future Nostalgia’ Tour
By Dominique Norman
The $6 Drugstore Beauty Product Taraji P. Henson Uses Every Single Day
By Danielle Sinay
Sarah Jessica Parker Will Change Your Outlook On Aging
By Rachel Lapidos
The Best Beauty Looks From The 2022 BET Awards
By Audrey Noble
Get Even More From Bustle — Sign Up For The Newsletter