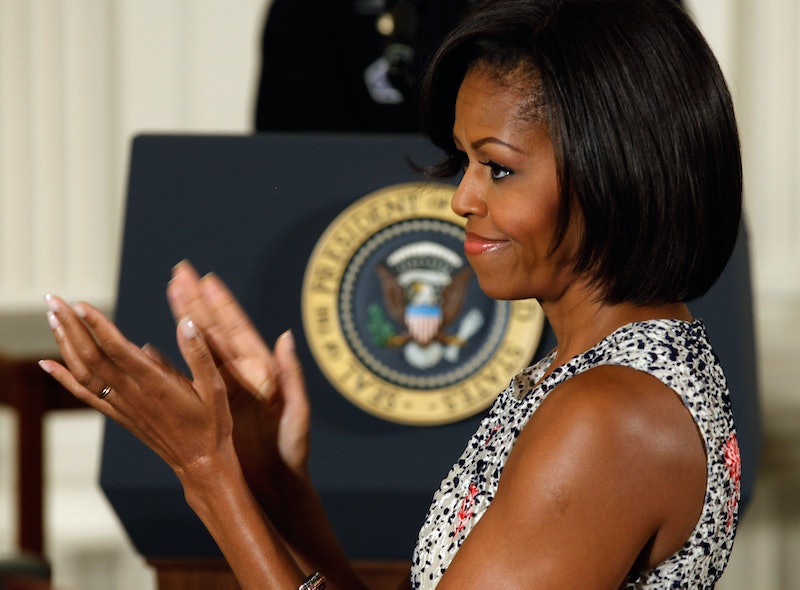 The State of The Union address is the most important speech that the president of the United States will give: It's a representation of all that each respective leader has achieved and hopes to achieve in his time as the Leader of the Free World. But if it's the ultimate speech that our President gives, why don't more people watch it? Well, some might say that it's just too long a speech.

Although the actual written speech time clocks in around 28 minutes, TV networks allot for an hour of time to interrupt your reruns of American Ninja Warrior. Spitballing that the pundits will talk for about 15 minutes maximum, where are those extra minutes? It's all in the clapping. According to a very scientific test I did with my iPhone's stopwatch, the applause and standing ovations that underline key points of the speech add a whopping 13 minutes and 41 seconds to the televised address—that’s 47.8 percent of the time allotted for the actual speech. Yowza.

Why can’t the State of the Union be like a college graduation, where everyone is supposed to hold their applause until the end? Perhaps it would change the viciously partisan identity of the whole evening, where only members of the president’s party will applaud his (or, sooner rather than later, her) efforts. With attention spans low for political speeches, eliminating the in-between applause could help with viewing numbers.