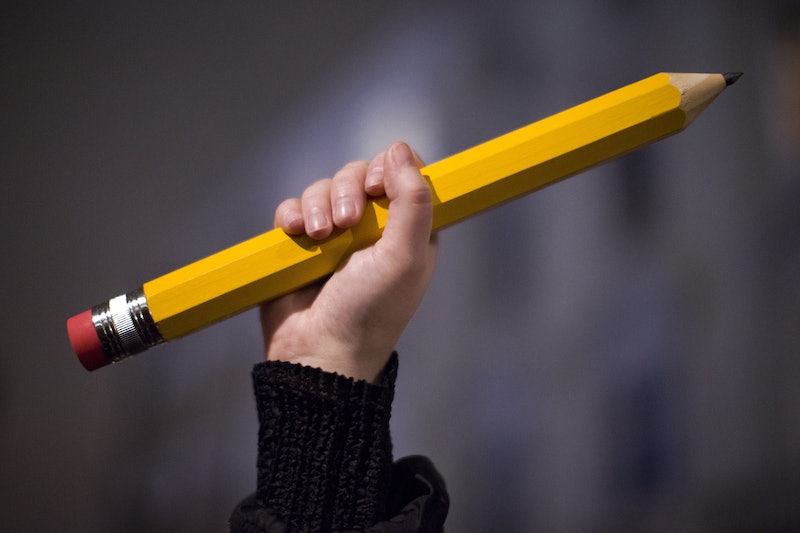 In a touching tribute to the victims of the 'Charlie Hebdo' massacre, Representative Gwen Moore, D-Wis., waved a pencil during President Obama's 2015 State of the Union address. The symbolic gesture, which has been mimicked in protests and rallies since the horrific attack, was a welcome tribute to the 12 lives lost in France fighting for free speech. A yellow pencil has been used a symbol of protest against the terrorist attacks that targeted the satirical publication because of published cartoons depicting the Prophet Muhammed.

Rep. Moore organized the tribute to the fallen journalists in the 'Charlie Hebdo' terrorist attack, and more than 40 members of Congress agreed to participate during the State of the Union. "The congresswoman believes that this is a unique opportunity to join our global partners in showing our collective support and solidarity," Moore's spokesperson Eric Harris said earlier today.

Rep. Moore also tweeted on the day of the SOTU that "Free Speech isn't a partisan issue. Freedom of Expression is a human right." Free speech is a pillar of American freedom and it's no surprise that Rep. Moore felt compelled to honor the victims of the 'Charlie Hebdo' massacre in such a public way.