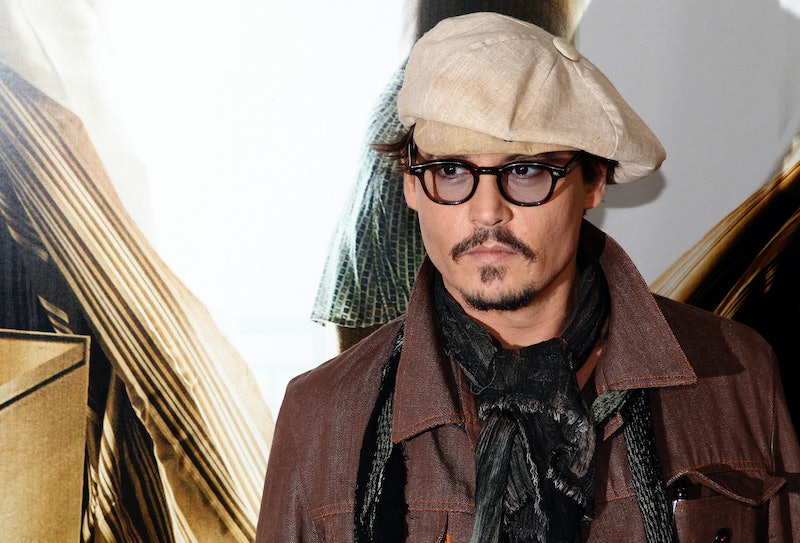 You probably won't hear about any new solo album from him! Johnny Depp has had opportunities to help his musician friends with their own records, but he's making it very clear that he isn't interested in a transition to the singing side of show business. Johnny Depp criticized actors who have tried to become full-fledged rock stars, calling the idea "sickening," right before the premiere of his latest movie Mortdecai, reports the Sydney Morning Herald. Depp said,

The kind of luxury now is, anybody with a certain amount of success, if you have a kind of musical being, you can go out and start a band and capitalise on your work in other areas. But I hate the idea, "come see me play the guitar because you’ve seen me in 12 movies. It shouldn't be (that way). You want the people who are listening to the music to only be interested in the music.

Depp, who has played the guitar and has recorded with bands such as Marilyn Manson and Oasis in the past, has a point about actors who have capitalized on their fame to explore other areas of entertainment work. Though it is understandable why a celebrity with a musical talent would want to try reaching out to a different audience, as Depp says, it is a "luxury" to have the solidified fame to be able to do that.

Considering the large amount of work up-and-coming musicians have to put in to get noticed, including managing social media accounts, building a fan base, designing merchandise, and competing against others who have larger support teams, it might seem a bit unfair that some established film stars go into the music industry just because they feel like it or because they can. Also, film stars could possibly risk putting out a lesser quality product in the music studio than they did on set. After all, that's certainly happened before.

Scarlett Johannson, Lindsay Lohan, and, awkwardly enough, Depp's co-star in Mortdecai, Gwyneth Paltrow, have all released music in the past that has received mixed or less-than-stellar reviews from critics and listeners. It's entirely possible that during the times when these stars were putting out music, we missed out on great musicians passionate about their craft without even realizing it. But either way, Depp seems to want us all to know that he doesn't want to be part of that unfortunate possibility.

But just because the actor has strong feelings about the phenomenon of a celebrity's transition from actor to rock star doesn't mean we should expect him to completely abandon music:

I’ve been very lucky to play on friends’ records and it’s still going. Music is still part of my life. But you won’t be hearing The Johnny Depp Band. That won’t ever exist.