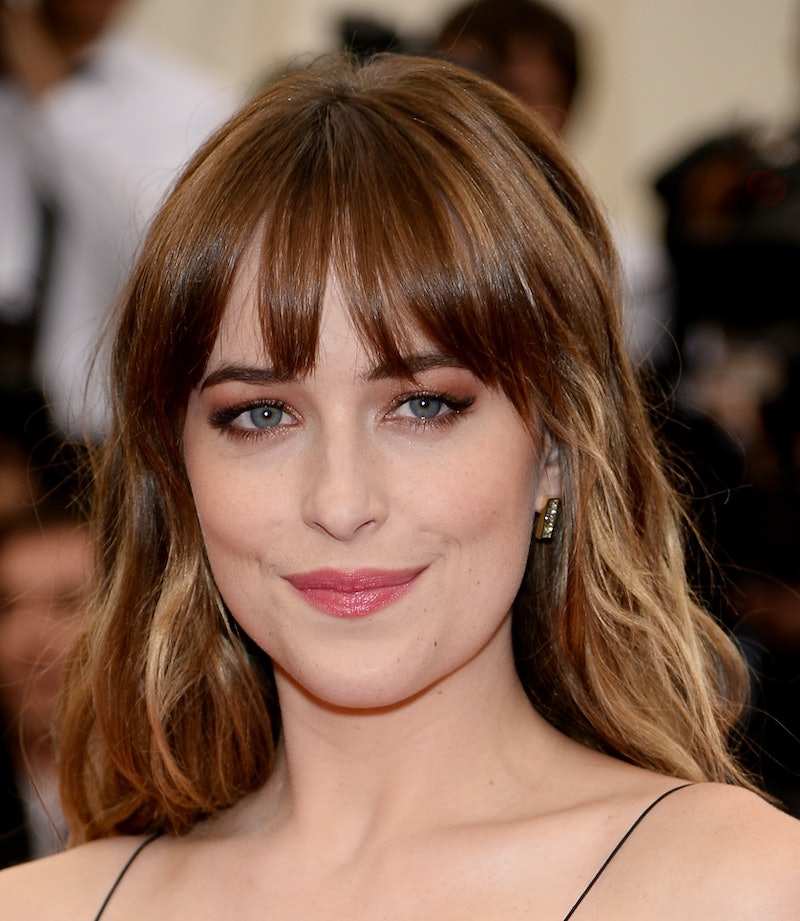 Dakota Johnson is on the eve of the release of Fifty Shades of Grey, in which she snagged the highly coveted role as the lead ingenue, Anastasia Steele, opposite the disarmingly mysterious Christian Grey. You would think all is perfectly swell in Johnson's world, considering she's at the helm of a career-making film, but just as exciting that is, being Anastasia Steele for the millions of rabid fans of the series comes with a lot of responsibility, so I couldn't help but wonder what on earth will Dakota Johnson do after Fifty Shades of Grey ?

Only having a few minor roles on her resume before being cast as Steele, Johnson opened up in the February 2015 issue of Vogue about how it feels to be thrust on to film screens worldwide, in such a sexually open role. She says, "It’s just the most insane thing to be a part of. I’ve never experienced anything like this; I don’t think anyone has. It’s terrifying — and it’s exciting."

According to Johnson's IMDb, she's got three films lined up — Chloe & Theo, A Bigger Splash, and Black Mass — with two still in post-production and all three slated for 2015 releases. Damn, girl, you really worked in 2014!

The first completed film is Chloe & Theo, in which she plays the title character Chloe, a homeless woman living in NYC. And who is Theo? Well, he's an Inuit man who traveled all the way from the Arctic to find leaders in global warming and tell them that his homeland is being ruined. Well, that's a change of pace and sounds very interesting. The film is currently in distribution and is looking toward a release in later 2015.

A Bigger Splash is a remake of the the 1969 French crime film, La Piscine, which starred dreamy Alain Delon and Jane Birkin. Johnson will take on the role Birkin played, which is of a younger woman who shows up in the midst of a couple's romantic vacation and, of course, DRAMA ENSUES. She's also slated to star in another crime drama, Black Mass, with a hefty group of talented co-stars including Johnny Depp, Sienna Miller, Benedict Cumberbatch, and Kevin Bacon.

The Wrap reported that several major studios have courted Johnson for roles but she has decided to focus on smaller, more intimate dramas to have time to prove herself as an actress. This is a smart move, I believe, considering she runs the risk of overexposure following Fifty Shades. In fact, she’s already attached to star and produce another book-to-movie adaption in Forever, Interrupted.