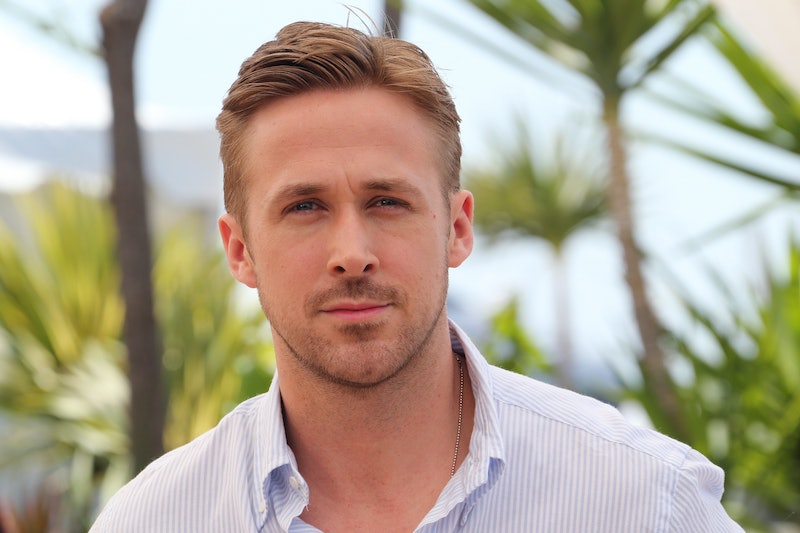 We've seen it time and time again: One of the biggest downsides of fame seems to be losing all manner of privacy, and having your life invaded with people who could very well be a danger to you. Unfortunately, no one knows this better than Ryan Gosling, who just lost his case against his alleged stalker Grace Marie Del Villar. In November, Gosling was granted a temporary restraining order against the woman who (apparently) believes herself to be his twin. Reportedly, he understandably feared for his safety and that of his family — including his baby Esmerelda — when Del Villar began sending the actor strange correspondence.

According to TMZ, Del Villar emailed Gosling's sister Mandi threatening to kick her brother’s head. She then sent the actor "a torn-out page from a magazine featuring Eva Mendes," and left a doll catalog at his house. All that evidence points to Del Villar being pretty unstable, and I certainly wouldn't want her to come near me and my family.

But, unfortunately, when Gosling sought a more permanent restraining order, the judge dismissed his case because the legal team was unable to find Del Villar and serve her with the papers. Seriously.

Yes, perhaps that means she's out of the picture for now — but without an extension on her restraining order, she could very well come back into Gosling's life in a bad way, and there's no legal limitations to stop her.

Personally, I haven't heard of something like this happening before. For instance, if a suspected murderer goes missing, the judge doesn't just pack up and declare the case over. In some ways, it could set a bad precedent for stalkers to learn that if they make themselves scarce for a little while they can avoid the legal action and, even worse, pick up where they left off after the case gets thrown out.

When he originally filed the complaint, Gosling said he was "seriously alarmed" and had "real and reasonable fears for his and his families' safety, and that of those around them." That said, it's unfortunate to learn that his restraining order suit has come to a dead end. I sincerely hope that Del Villar stays away from Gosling and his family, because he doesn't deserve to feel frightened or threatened — especially when he has a new baby to care for.