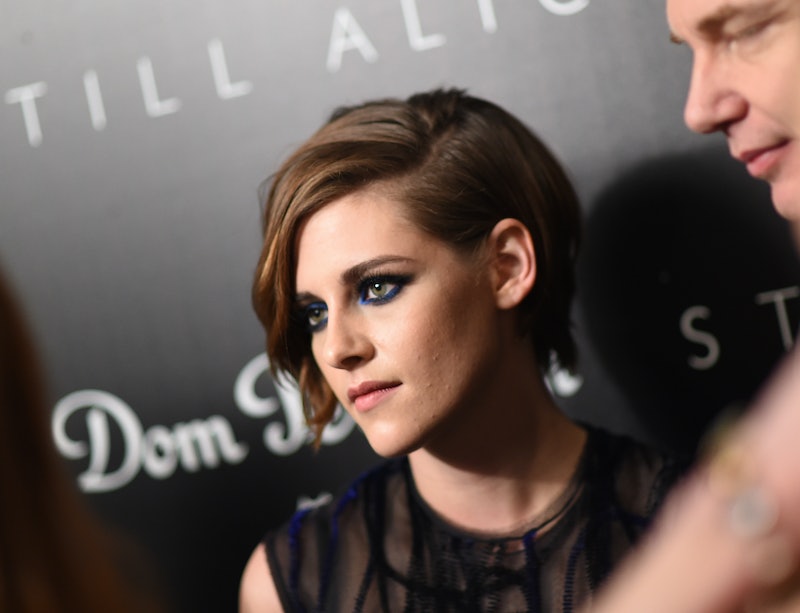 She became a household name through the sheer blockbuster power of the Twilight series, but Kristen Stewart's moved on. She's done the epic fantasy fare since then, of course, in Snow White & the Huntsman, but the question still circles: Would she go back to the major blockbusters now, after Twilight, and Snow White? Does Kristen Stewart want to be in a superhero movie? Turns out, she just might.

Stewart addressed the topic of mega-budget movies with Yahoo when out and about promoting Still Alice.

I never expected Twilight to even be a series, and we didn’t even know we were going to do a sequel. So I would love another big movie to come along. It’s definitely not something I’m avoiding. I was 17 when we started the whole Twilight series. I was so excited to do a teen movie. Everything I had done was like kind of heavy and I was really into it. I was just enthralled by it, and that’s what I need. I want to do big movies. You get to play with more stuff and there’s so much more at your disposal. You get to do it on a larger scale, you get to connect with more people. I am all about that. I just want to do it for the right reasons.

She also touched on superhero fare:

I love watching those movies. I would love to show people that I can do more than just be "Kristen Stewart" in a different movie, in a different circumstance.[...]I’m sure I could get on board with Captain America, you know what I mean?… It would just have to be the right thing.

So where, exactly, in the massive superhero world could Stewart fit herself in? She's not really who I picture as a Captain Marvel, but both Marvel and DC have plenty of awesome female characters who could use an A-list actress to bring them to any screen, big or small. If one of the ladies drops out of Suicide Squad maybe she could step in (Tom Hardy's already left the building on that production). Other possibilities: A She-Hulk, or a Spider-Woman?

I'd take either of those. Personally, I would pay to see her as Kate Bishop, AKA Hawkeye. Give this girl a good script and major onscreen project stat, world. And give Stewart a chance to prove what she's got.