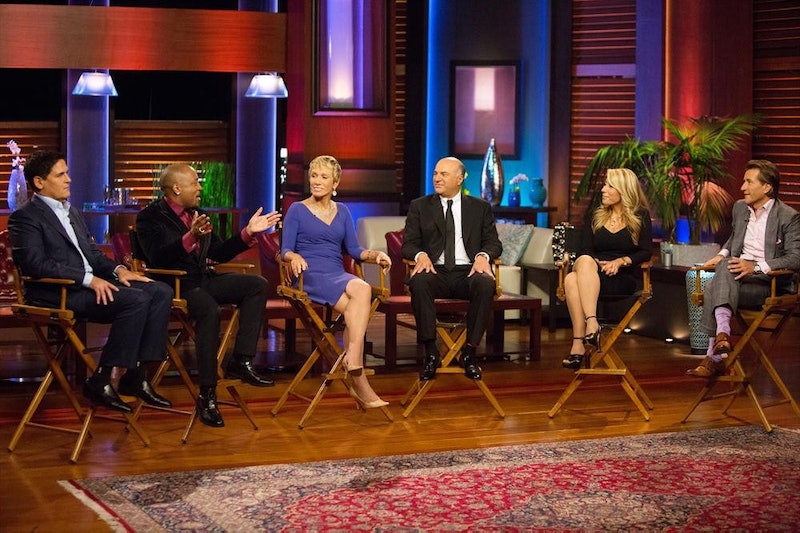 Now that we've gotten our fill of holiday cheer and rang in the New Year, it's time to get back to business. We're in the third week of January, which means TV shows are supposed to be back from their winter hiatus. So why is ABC airing another Shark Tank repeat Friday night?

No, we won't get the joy of watching the sharks tear down a bright-eyed and bushy-tailed entrepreneur for a completely lame and useless product. That's going to have to wait another week. Unfortunately, Shark Tank repeats are just something we're going to have to get used to.

On Jan. 30, we'll get a brand-spanking-new episode of Shark Tank, which may make it seem like things are finally going to go back to normal then, but they're not. The next new episode after that will be on Tuesday, Feb. 3, which is not Shark Tank's regular night. Bananas, right?

If that news was not mind-blowing enough, throughout this month, ABC will, strangely enough, also be airing a few more re-runs of Shark Tank. In addition to this week's episode on Jan. 23, the episodes airing on Tuesday, Jan. 27 and on Super Bowl Sunday, Feb. 1, will also be repeats.

So what's with all the funny business? When there's so much movement in a TV show's time slot, it often means it's on its way out. Could Shark Tank be sinking in the ratings?

Quite the opposite, actually. Shark Tank's most recent episode on Jan. 17 reached an all-time high of 8.5 million viewers, and it was up 16 percent among the key demo from the previous week, according to Deadline. With those spectacular ratings, Shark Tank is not going anywhere anytime soon.

Plus, Shark Tank already airs on Fridays, which is the time slot where TV shows traditionally go to die (ahem, Glee). Airing some episodes in a new time slot on Tuesdays can only be a positive sign for Shark Tank, if anything at all.

With that in mind, Shark Tank's weird schedule this month could mean a couple of things. One, as Rob Merlino pointed out on Shark Tank Blog, is that ABC could be considering moving Shark Tank to Tuesday nights permanently, and airing a few episodes during that time slot this month could be a way to test the waters, so to speak. CNBC's acquisition of Shark Tank re-runs, which it airs Monday through Friday at 8 p.m. EST, has helped revitalize the network in the ratings department. It's possible that ABC wants to steal some of that back with actual new episodes of Shark Tank airing opposite.

The other possibility is that Shark Tank's Tuesday airings may be serving as a lead-in to Marvel's Agent Carter at 9 p.m. EST. Though it has been advertised as an eight-episode limited series, ABC still wants people to watch it, especially if they consider renewing it for Season 2. Shark Tank is already a trusted, popular ABC brand that could help bring ratings for other shows.

Whatever the reason is for these Shark Tank schedule shenanigans, I just hope "Mr. Wonderful" Kevin O'Leary isn't behind it. I know how much he must love to watch us squirm.