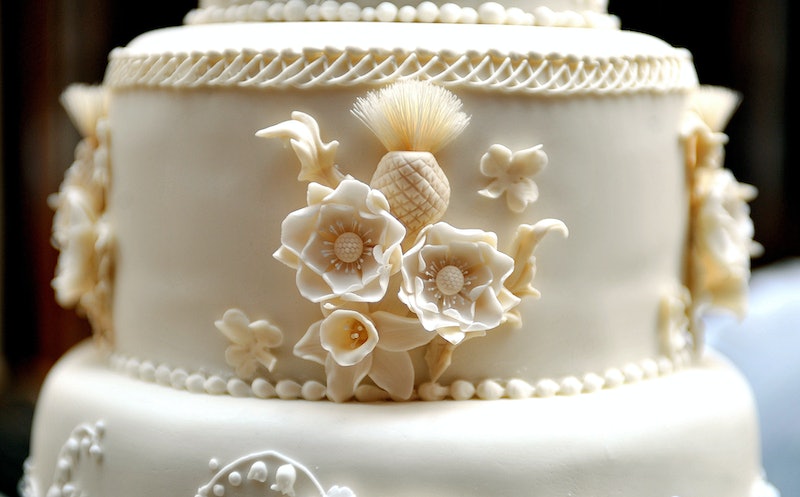 If you thought that debates surrounding freedom of religion, freedom of expression, and homophobia were no longer centered around bakeries, you might have jumped the gun just a bit. It seems that a Colorado's Azucar Bakery has received a discrimination complaint for refusing to make a cake featuring an anti-gay message. What is up with Colorado bakeries getting accidentally involved in gay rights issues?

This whole thing started way back in March of 2014 when Bill Jack walked into the Azucar Bakery in Denver looking for a cake. According to the owner, Marjorie Silva, he wanted to order a cake shaped like a Bible, which she was happy to make. “We make [Christian-themed] cakes all the time,” she told OutFront. “No problem at all.” But when Jack then asked for the cake to have "God Hates Gays" written on it, the bakery refused.

"After I read it, I was like 'No way,'" Silva told KUSA. "'We're not doing this. This is just very discriminatory and hateful.'" She says that the bakery offered to make a blank cake and provide the icing and decorating bag with the proper tip for Jack to write a message himself, but that she didn't feel right writing such a hateful message.

Jack declined the option to write out the message himself. He did however, advise Silva to contact her attorney and then showed up in the lobby of her bakery several more times throughout the day, trying to provoke a confrontation with her staff. And now, it seems Jack has also filed a discrimination lawsuit against the bakery with the Colorado Department of Regulatory Agencies.

"I believe I was discriminated against by the bakery based on my creed. As a result, I filed a complaint with the Colorado Civil Rights division," Jack explained in a statement released to NBC9.

Like I said, this case really only has surface similarities to recent instances where bakeries were sued for refusing to provide wedding cakes to gay couples. First and most importantly, Jack was never actually refused as a customer. No one at the bakery told him they didn't cater to Christians or didn't make Christian-themed cakes. In fact, just the opposite is true, and the staff seems to have tried very hard to work with Jack regarding his request. So trying to claim that he was discriminated against as part of a protected class doesn't really work.

What the Azucar Bakery did do was refuse to provide a specific service, in this case to produce homophobic speech. Businesses are not allowed to refuse service to individual people based on their identity, but they are allowed to decide which services they do and do not offer. If a bakery doesn't want to ever make vanilla cakes, for instance, they wouldn't have to. And if a bakery doesn't want to provide homophobic cakes, they don't have to, as long as they aren't selectively refusing to make homophobic cakes only for certain customers.

Bill Jack is a co-founder of Worldview Academy, an organization that creates camps to "train Christians to think and live in accord with a biblical worldview." Silva told OutFront she isn't sure why he chose her bakery to order his anti-gay cake, but that she thought it might have something to do with pro-equality comments she made to a Spanish-language media outlet last year (Azucar has made cakes for numerous same-sex weddings). "Then again," she added, "he could have just seen the pink shop and all the ladies working and thought he could bully us."

Silva has already submitted her statement to the Colorado Department of Regulatory Agencies. They have requested one additional letter, and will make their decision within 30 days of its receipt.