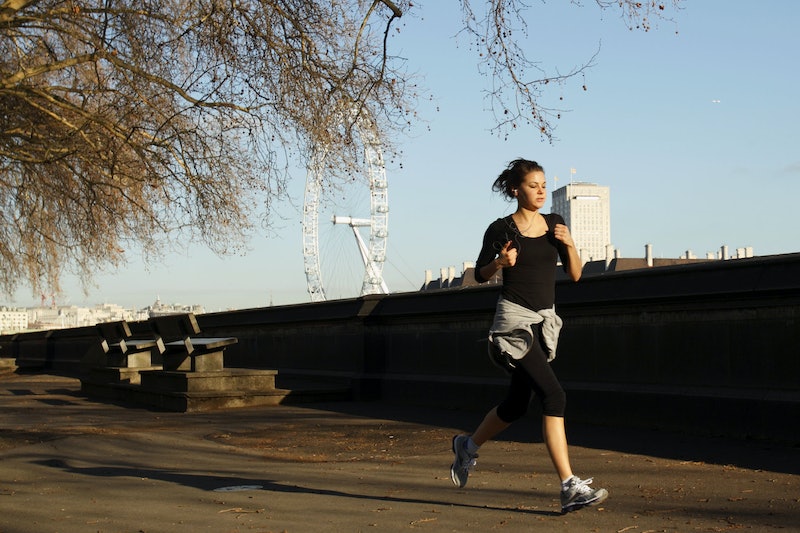 Losing the inevitable weight that comes with pregnancy is a huge challenge that many new moms deal with; between breast feeding, long nights with little sleep, and having hardly any time to yourself, being able to focus on working out and eating healthy is often nearly impossible. Unless, it seems, you're Instagram star Abbey Pell, a fitness buff and mother who thinks there is no excuse to not be in shape, including motherhood.

Abby Pell is seriously fit — she has a six-pack that she somehow manages to maintain while raising her children. She also juggles running a nutrition business along with her other responsibilities (which include going to the gym six days a week). Pell doesn't believe that motherhood is an excuse for poor health and says that she uses her platform to advocate this message after struggling herself to lose the baby weight."It doesn't matter if you're overweight, if you have a busy lifestyle and kids to look after — if you want to do it then there's always a way," she tells the Mirror.

She uses her Instagram as a platform for her message, where she has over 17,000 followers. This is how she's come to the attention of many, as some people have said that the photos she posts are not encouraging or inspiring, but fat shaming.

This is one of the photos she has received this criticism for, as the feedback she's received has been extremely negative. She's been told that she is exploiting her motherhood, demeaning other moms, and of course, fat shaming, as one person called this "fat shaming, plain and simple."

Abbey Pell hasn't always been in shape though — she struggled with losing weight after she gave birth to her daughter, Bella. She also isn't an overnight success story, as it took her a year to get in the impressive shape she's in today. She had tried numerous diets that all failed, until she discovered the power of weight training, which she quickly developed a passion for. The rest as they say, is history.

In fact, it was her daughter that inspired her to take her message globally, as she told Pell that she looked like Wonder Woman (aw!). It seems that she really didn't mean any harm by her actions, as she's stated that pissing people off was not her goal. "I never meant to offend anyone — my life is better now that I'm in shape, so I hoped I could encourage others to do the same."

Is Pell's "no excuses" messages fat shaming new moms? The original article on Unilad included a poll that asked reader's what their take was. A whopping 94 percent said that no, her photo was not "demeaning" to women. My take? Promoting health and fitness is great, but assuming that every single mom out there has the time to hit the gym like Pell does or is able to maintain those results is unrealistic.