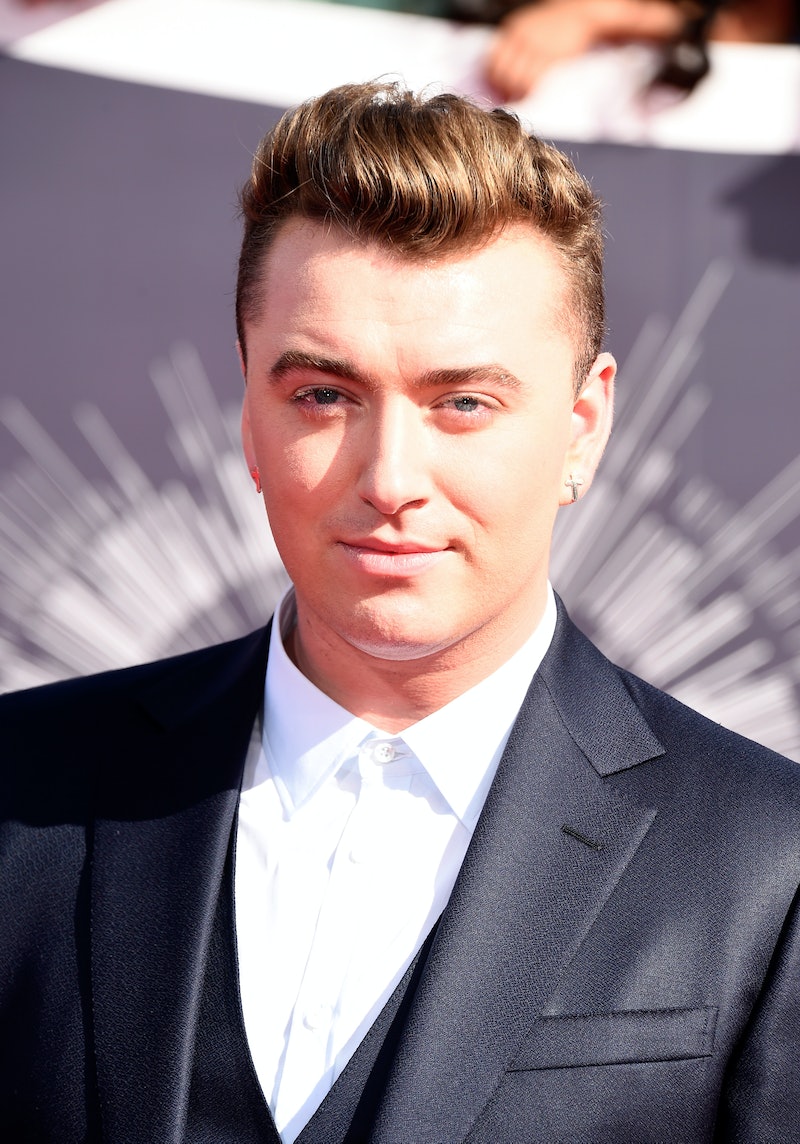 *Sigh* Add this couple to the reported breakup list. Remember all the excitement when Sam Smith and Jonathan Zeizel revealed they were a couple? Smith's fans were thrilled for the "Stay With Me" singer and couldn't help but swoon over the pictures he shared with his boyfriend. Well, now, Smith and Zeizel have split, at least according to reports and some cryptic words and social media messages from Smith, himself.

On Tuesday, Smith hinted that he might be single once again during a performance at Toronto's Air Canada Centre. He told the crowd before singing "Good Thing,"

In this moment in my show, I always like to strip it back a bit, because I've gone from playing to rooms of 100 people a year and a half ago, to playing to rooms this big. This next song, it's a song that's very, very dear to my heart. When I fell in love with the person who inspired the majority of this record, I had this fight in me to basically end it when I could've carried on. But I decided to write this song, and, the day before I wrote this song, I basically went on my phone, and I deleted their number and I deleted everything. The reason why this song is very special for me today is that I've actually had to do a very similar thing today with someone I've been seeing.

Then, on Wednesday, Smith posted the following photo on Instagram with a caption reading, "Sometimes you just need to lay in bed with a glass of red wine and a football T shirt and listen to Joni Mitchell. It's been a sad day. Beautiful show, but sad day x."

What about Smith's reported former boyfriend? Zeizel has yet to comment, but he did tweet this on Wednesday:

Hmm... does this confirm the breakup? Was he trying to post "unhappy?" Not really sure, and seeing as nothing has officially been announced regarding their relationship status, we shouldn't jump to any conclusions. If they have broken up, maybe it's for the best. Plus, I have no doubt Smith will find love again, because not only does he seem like an all-around great guy, but with that talent and voice, well, he can sweep anyone off of their feet.