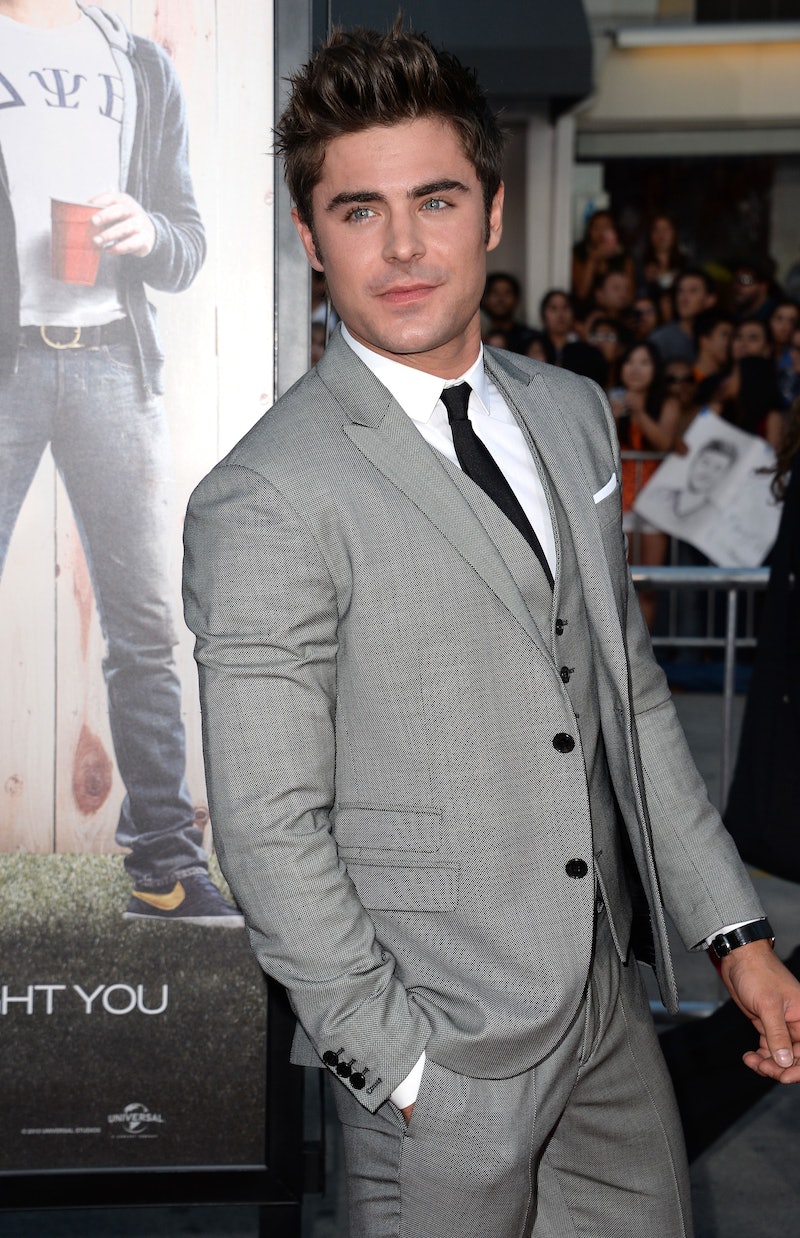 Bow your heads to the gods of the cinema, because grade A hottie and basketball dancer Zac Efron has signed on for a new comedy. YESSSSSSSS. The gods of cinema are so good to us. Variety reports that Efron will star in Fox and Chernin Entertainment's Mike and Dave Need Wedding Dates. The premise of the Jake Syzmanski-directed movie: Two brothers need wedding dates, they create an online ad, and hilarity ensues. Fox and Chernin have yet to cast the role of Zefron’s brother. My vote? Well, I have yet to move on from the magic that was Neighbors , so I can't help but pull for a Zefron/Dave Franco reunion. A gal can dream!

(Also? Major LOLs at Zefron having trouble finding someone to accompany him to a wedding. I’m pretty sure that guy could walk outside and mumble “I need a wedding date” under his breath, and 700 people would flock to his side. But hey, I can suspend my disbelief.)

No matter who is picked to play Zefron's broseph, I'm going to go ahead and predict that I'll love this movie. Calling it now. What can I say? I'm a sucker for a Zefron comedy. As long as he's just being his funny and handsome self, I'm having a blast.

That being said, I wouldn't be mad if Zefron were to do any of the following in Mike and Dave Need Wedding Dates:

Zefron could really impress all of the wedding guests with his dance skills.

Spin a basketball during a verbal altercation

Oh, what have we here? More basketball? Well, I'll be!

If Zefron’s going diss anyone in Mike and David, I hope he does it while a b-ball whirls around on his pinky. It's the ultimate way to win a squabble. A one-two punch.

Be shirtless in at least one scene