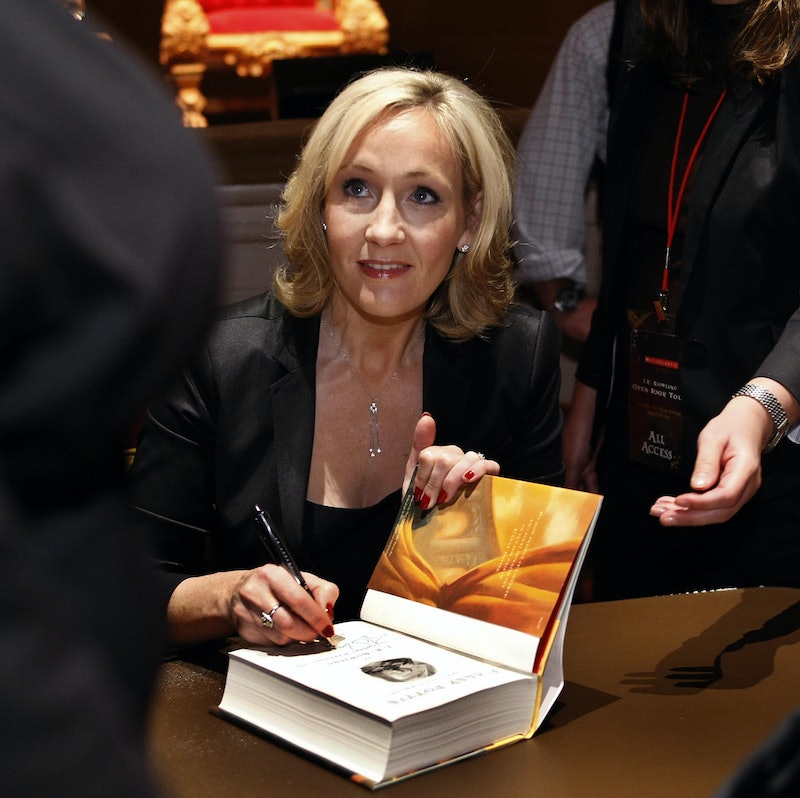 Ever have a great idea for a story or a song you're writing, and you scribble it down on whatever scrap of paper is nearby — whether it's on a Starbucks napkin, the back of a receipt you found at the bottom of your purse, or, let's face it, the back of your hand? Well even J.K. Rowling has that happen to her. But instead of just one great idea, she plots an entire book of a worldwide bestselling series. (Harry Potter — you've probably heard of it.)

Endpaper back in 2013 showcased a scrap of lined paper that looked like it had been torn haphazardly out of a notebook. But written in blue pen on that piece of paper was a chart detailing chapters 13 to 24 Harry Potter and the Order of the Phoenix , the fifth book of the series. But because Rowling is more loved than ever and her handwritten chart still makes us super happy, everyone is talking all about this outline again. And what we learned is the key to Rowling telling a story that has captivated millions and millions of devoted readers of all age groups: proper planning. No matter if it's on a super fancy tablet or on a lowly ripped piece of paper.

With this outline, Rowling proves that she didn't pull a final season of Lost; she knew where the series was headed before she put pen to paper for the full story. On the chart are 10 columns, with the first four being the basics and the next six covering major storylines in the book, which you will recognize Potterheads:

The only capitalized (which in most of our worlds, means IMPORTANT) section of the outline is chapter number 18, under prophecy, which reads, as far as I can make out: "Now Vol is actively trying to get Harry to H of P — very vivid — could see his name." Hall of Prophecy! Voldemort! It's completely crazy to see all these big moments (and small moments) literally go straight from Rowling's brain to this scrap of paper before they're cleaned up all pretty and put in print. Can all authors go ahead and release their book outlines, now, please?

More like this
10 Must-Read New Books Out This Week
By K.W. Colyard
16 Novels That Paint A Realistic Portrait Of Abortion
By K.W. Colyard
Side Character Energy Has Arrived — Here’s What That Means
By Sophie McEvoy
At 14, Jenny Han Wrote Rom-Coms About Her Friends & Fan Mail To Leo DiCaprio
By Alyssa Lapid
Get Even More From Bustle — Sign Up For The Newsletter