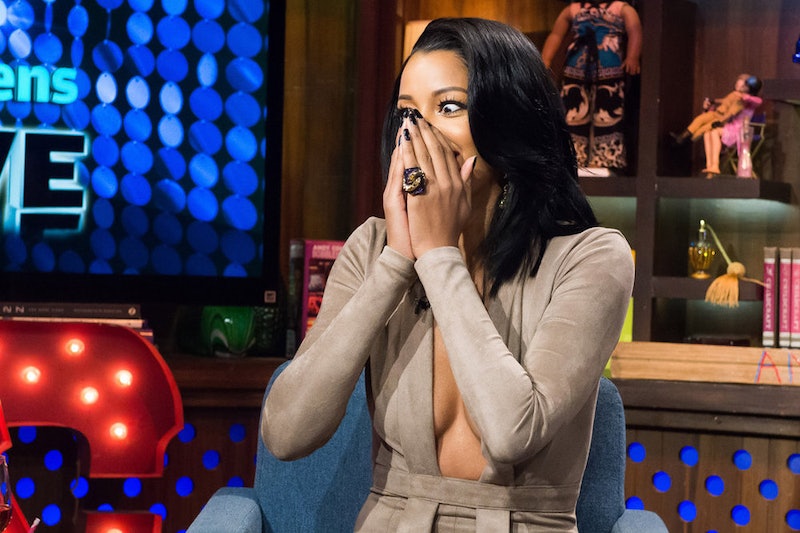 Claudia Jordan is a polarizing new entry to The Real Housewives of Atlanta. While I've been loving how hard she's bringing the shade to the fights between Claudia and NeNe, the rest of the fans haven't been so quick to warm to her, and I may have to concede that they're right to be a little skeptical. Because recently, some news came out about an onscreen appearance back in 2009 where Claudia Jordan made offensive comments about dark-skinned black people. In the video, which took place at Tina Divina's birthday party, Claudia was covering it for Get Entertainment, and decided to make a little joke about how dark the party was due to the "black" theme and the Black people attending it. Her quote:

I don’t really think it’s a good idea with all these Black people walking around, because "black-on-black," it’s hard to see. I can’t really see who’s who in all black. I can only see the beige people…

She went on for a bit, and the whole joke culminated with the comment "Everybody else I only see teeth and eyes." Not the most progressive joke, especially from someone who's facing prejudice of her own from NeNe, who called her a "half breed" on the show, referencing Claudia's mixed-race heritage. 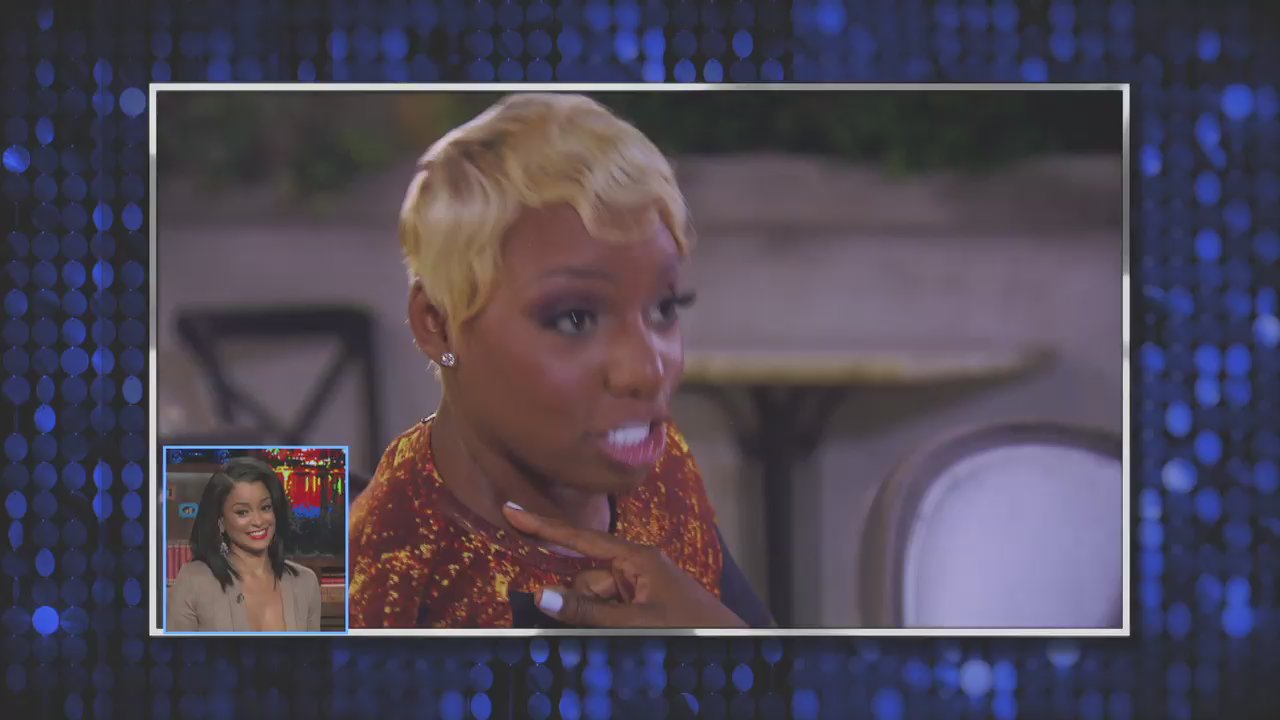 Everyone makes mistakes, and that includes an off-color joke every once in a while. But it's really her reaction to the scandal that will make or break my ultimate opinion of her. On Twitter, she made multiple excuses, ultimately resorting to the old cop out of "context."

And while I can understand that when a comedian is working out new material or when criticizing an actor saying something that was written for them by someone else with more power over the show. But this was clearly an off-the-cuff, improvised little interview with Tina.

I'm 90 percent sure that we have all the context necessary, which is that she made a bad joke that was inappropriate, and now, is refusing to admit it was a crappy thing it was to say and that it plays into stereotypes about how dark-skinned and light-skinned black people don't get along.

Again, were she to engage, all she'd need to do would be acknowledge what it was: a terrible joke. I think it's pretty clear that while Claudia's not a comedian, she's someone who wants people to hire her based on her sense of humor and her ability to think on her feet. But even though I didn't love her initial reaction, she did eventually come up with a more sincere apology.

I wish that Claudia had actually put forth the effort to explain why black on black colorism is such a serious issue, but I guess baby steps. Still, it's a disappointing revelation about a RHOA who I was really starting to like.