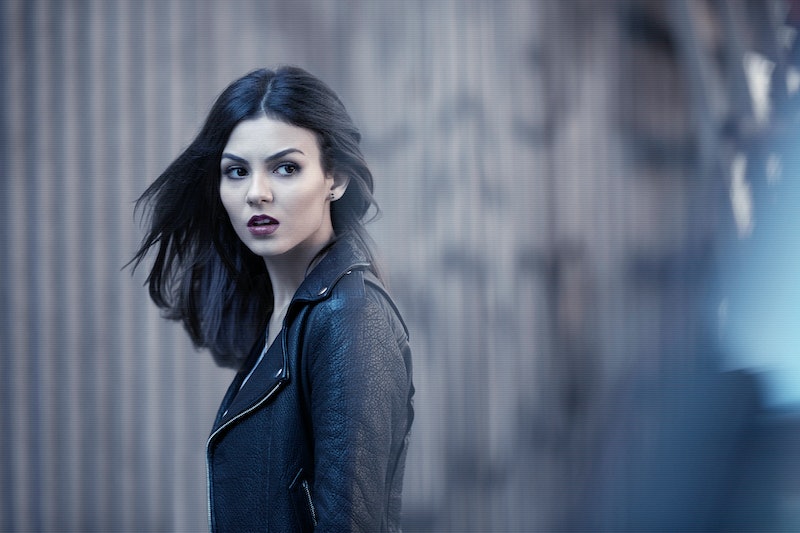 On MTV's new series Eye Candy, Lindy's life has been a nightmare ever since she watched her younger sister Sara get kidnapped right in front of her eyes. Since that day, Lindy has done everything to look for her sister, including dabbling in less-than-legal hacking in an attempt to track down her long lost sibling. But could the person who kidnapped Lindy's sister on Eye Candy be connected to the serial killer stalking her in present day? And could Lindy's quest to find the serial killer also lead her to the person she wants to find most of all? So far, Eye Candy hasn't suggested the possibility — but there are plenty of reason to think that it could be the case.

Sara's kidnapping is hardly the focal point of Eye Candy, but her abduction — and the lack of a suspect — gives Lindy the drive to push forward. She wants to find her sister — or at least, find out what happened to her — so badly that she's willing to both break the law and ultimately work for the police in hunting down the killer terrorizing New York City. But while the show suggests that these are separate tasks right now, I'm not so sure that they are completely unrelated.

We don't know much about Eye Candy's elusive murderer, but we do know that he's completely obsessed with Lindy. What we don't know — and what the police don't seem to be asking yet — is why this person is so invested in her. But maybe there's a simple solution for that. Maybe the stalker is the person who kidnapped Lindy's sister all those years ago.

We don't know why the kidnapper took Sara, or whether he (or she) kept Sara alive after the kidnapping. That means that there's a chance that the killer took Sara for a very personal reason — they didn't want any teenage girl, they wanted Sara, specifically. The killer could have had Sara in their grasps for years and then, something changed. Maybe Sara died under their care, or perhaps, they killed her without realizing the implications of their actions. Maybe she committed suicide after years of desperately trying to escape. Either way, it would be enough of a trigger for the kidnapper to go after someone else — and who else could they replace Sara with besides her own sister?

We still don't know who the Eye Candy killer is, and probably won't find out until the very end of Season 1 — if even then. But if the killer is also Sara's kidnapper, capturing this psycho may give Lindy the closure she so desperately needs.