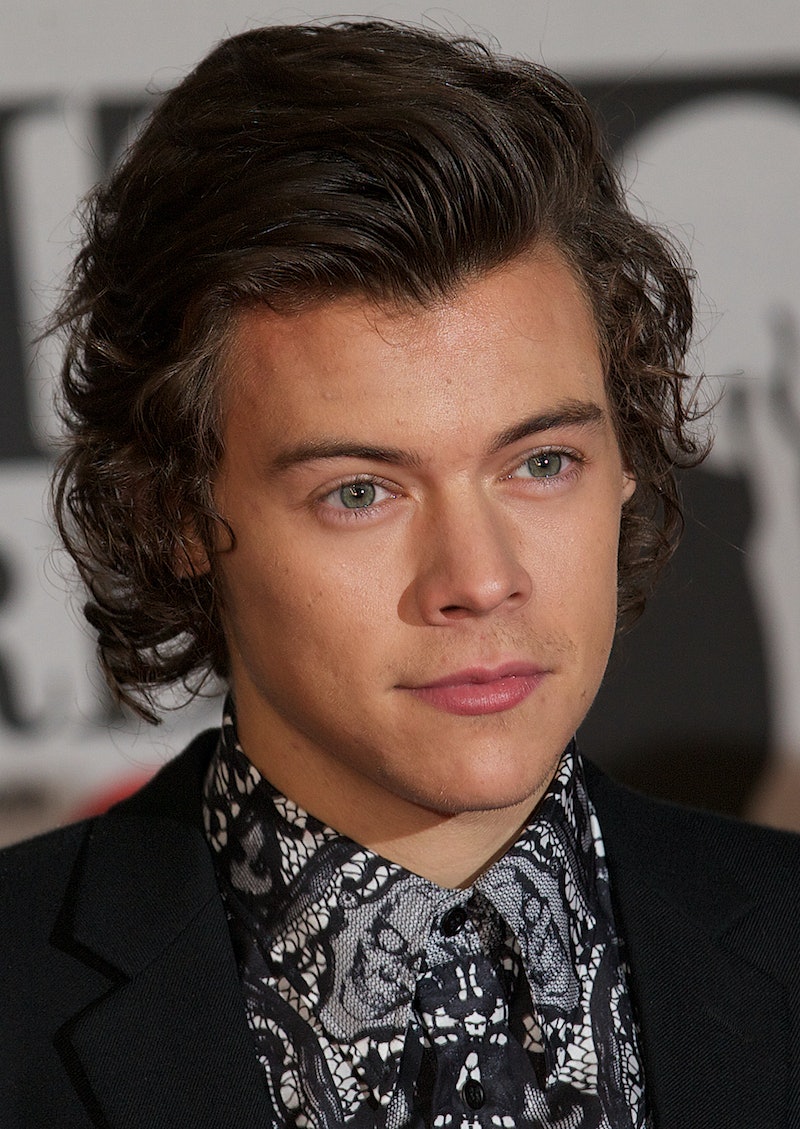 Speaking more than one language is definitely an asset. Almost all of us have at least attempted to learn another language in school. It is useful for meeting new people and, real talk, it's a great bullet point on a résumé. Other than it, it's honestly a pretty attractive trait. And that is something I find useful. As for One Direction's Harry Styles, he has his fans swooning with his singing, but can he speak another language? I've seen some short snippets of Harry Styles speaking French in interviews, but I wonder about the strength of his aptitude.

Whether Styles actual speaks French seems like a silly question to ask when I just said that I've seen videos of him conversing in the language; however, I have to point out that he was speaking French during Frenglish (combined French/English) interviews. I have read on One Direction fan sites (judge me) that the singer is "fluent in French." And based on the comments under brief clips of him speaking French on YouTube, it drives fans crazy.

This looped video is pretty swoon-worthy. Isn't he adorably cultured? That's what we are all thinking as we watch. I will not deny that.

In this extended version of the video, an interview asks Styles if he can speak French and he repeats some phrases that she says. He does say some phrases on his own, but based on my extensive research (again, judge me), it does not seem like Styles is actually "fluent" in French. He does speak the language enough to get his point across and communicate in press interviews and for the fans. Plus, it's very difficult to be fluent in any language. Proficiency is still a major feat that should be praised.

Hopefully, One Direction fans don't hate me for negating the popular claims that Styles is "fluent in French," but I just do not find that to be accurate. He has never confirmed his fluency in an interview and I've only seen the claim on One Direction fan sites. However, based on video clips, he definitely does have a knowledge of the language and makes an effort to connect with his French fan base.

In 2012, Styles got his sister Gemma's name tattooed in Hebrew on his arm. More recently, it's been reported that "Harry’s made it his mission to learn to speak and write Hebrew. His obsession started with his tattoos, but now he’s becoming very serious about learning as much as he can." Apparently "Story of My Life" music video director Ben Winston is helping Styles learn about the Jewish culture. Would this make Styles trilingual?

Yes, I know that "British" is not actually a language, but it is different than American English. There are plenty of words and idioms that can get a little lost in translation. Watch the video above to see the One Direction boys giving their fans a lesson in "British."

Harry Styles Dabbles In Many Languages

One Direction tours all around the world which means that their fans do not always speak English. There are plenty of videos of Styles saying key phrases to his fans in foreign languages at concerts. He also has spoken in other languages for international press conferences and interviews.

Wait, what? Yes, you read that right. Styles' bandmate Zayn Malik has revealed that One Direction created its own secret language: "We say odd words that only we know what they mean. We use it occasionally, and it’s just banter between us but we think it’s funny. It’s a secret, I can’t give any more away." Malik refused to provide any dialogue examples and this makes it all so much more intriguing to me. I guess it makes sense to have something private when people are constantly observing and eavesdropping on you.

So, does Harry Styles speak French? Yes, he clearly has on many occasions. Is he fluent? The jury is still out on that one. Nevertheless, he is taking his language skills in more than one direction (lame joke...) and speaking in many languages to connect with his fans, and that is pretty admirable.