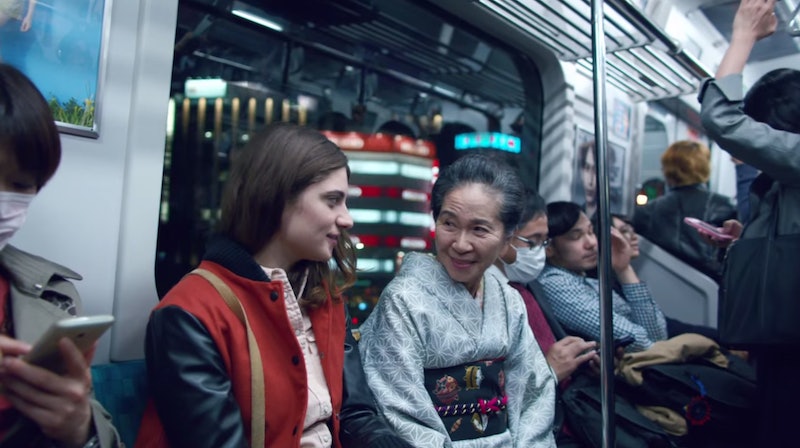 I can’t help but perk up every time I see that new advertisement for travel booking site Expedia, like a dog every time he hears the sound of kibble clanging against his metal food bowl. The reason: The music is, uh, music to my ears. In the ad, a woman takes a solo trip to Tokyo. As she eats fried octopus, chats with a woman on a train, and sings karaoke in a room full of presumed strangers, one of the best jams from the year 2012 is the soundtrack. The song in the Expedia commercial is “Genesis” by Canadian musician Grimes.

“Genesis” appears on Visions, the indie synth pop artist’s third studio album. And, like I said before, it was one of the greatest songs from the year John Cusack tried to save the planet morphed into a single, gigantic tidal wave. (Surprise: I never saw 2012. I'm just going off of what I remember from the trailer.)