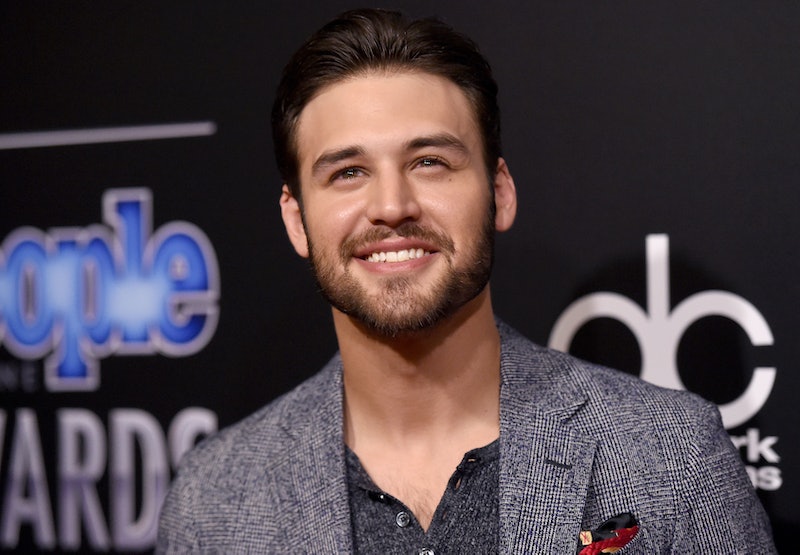 Have you ever heard the joke "You're a dickfor." Then that prompts the question, "What's a dickfor?" Get it? Yeah, I heard that one a lot in elementary school (yes, elementary school). Moving on. I have a feeling "dick tie" is going to become the next "dickfor." Why? Thanks to Ryan Guzman explaining a "dick tie," which was something used during the filming of The Boy Next Door.

So what exactly is a "dick tie"? Let's have Guzman explain it and his sex scene with Jennifer Lopez, as he does so eloquently in an interview with Cosmopolitan,

There's a guard there. She was wearing something on top of her and there was no full-on hand-to-genitalia, I mean... it was just, yeah. We kept it professional. Even when I'm grabbing on her chest, there were guards on them too, and my hand had to be positioned in a certain way so it didn't show any of the guards [in the shot].

It was definitely crazy. I was like, "What is going on here?" I didn't even know about these before making movies. "And do you have them for men? Because all I'm getting right now is a sock."... You give me a sock and a dick tie, and she gets all these cool gadgets?

And, now the exciting part, where we finally learn the details of the famous "dick tie." Guzman explains,

Dick tie. It's, you know, I can't believe I'm describing this. But it's this elastic thing on this sock where you make it as tight as you can so that you get no blood flow or anything going on, and it kind of holds on to your man parts so the sock isn't, you know, pulled off during the scene.

There you have it. Obviously, audiences know actors aren't actually having sex onscreen, but the mechanics of sex scenes are interesting and kind of take the romance and sexiness out of it all. With that said, it still won't stop me from seeing Guzman and Lopez getting it on. Just think, now when you see The Boy Next Door this weekend you can remind yourself that Guzman is wearing a "dick tie." You are so very welcome.