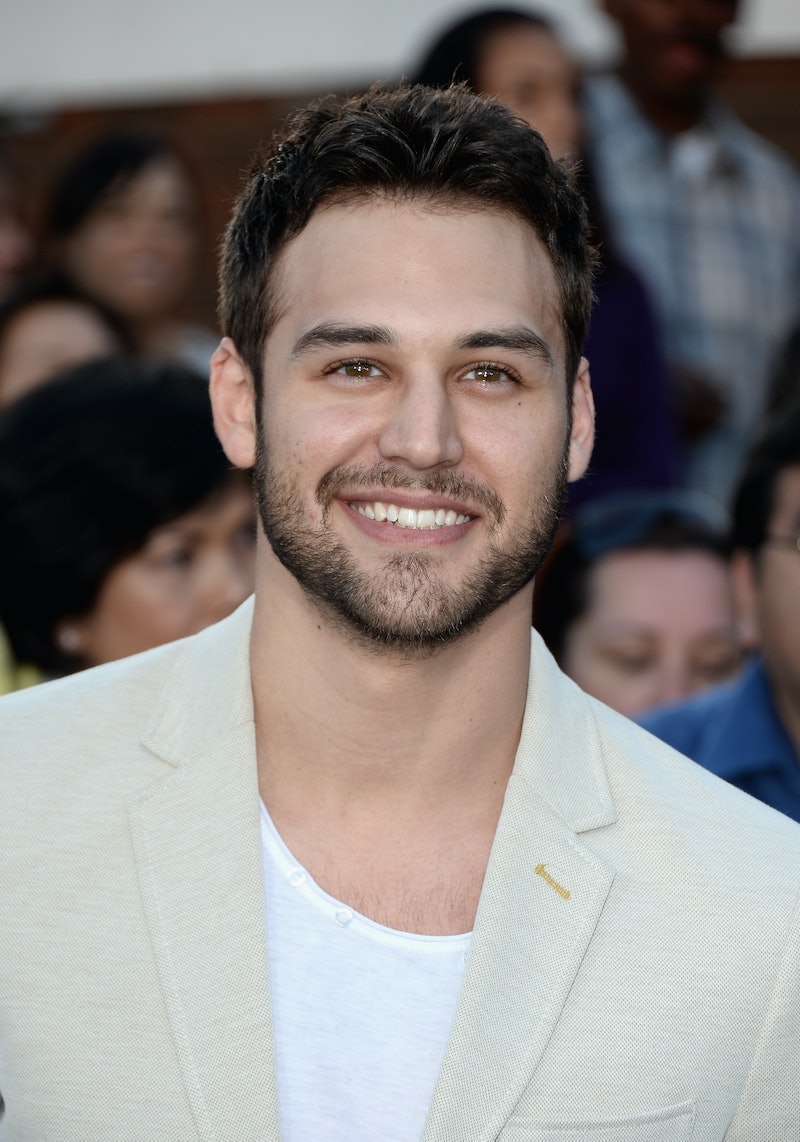 Seeing as The Boy Next Door comes out on Friday, it only make sense that we pick apart the casts personal lives. Right? For example, I'm sure those who are actually going to see the movie are asking themselves: "Is Ryan Guzman single?" With all those steamy sex scenes in the movie trailer, in addition to that famous line from it ("I love your mother's cookies"), how can you not wonder if this man is dating, or if he is single and ready to mingle? Well, lucky for you, I am here to answer all of those questions.

First things first, yes, Guzman is single, as far as I know. In December, the actor revealed on Twitter that he broke up with his girlfriend Melanie Iglesias. His tweet read as follows: "Since everyone will eventually find out anyway, unfortunately I’m single again…"

Seeing as that was December 2014, he could easily have a girlfriend at the moment, but I have yet to read rumors or confirmations about his dating life, except the fact that Guzman is not seeing co-star Jennifer Lopez. In an interview with JustJared.com, Lopez revealed, "I’m glad you and I are not together" after he made a comment about his method of ending relationships. Again, they could just be fooling all of us, but they seem pretty adamant that they are not dating.

So, yes, it seems that Guzman is indeed single. He's probably just waiting for the right woman to come along, and when she does, she'll be super pleased. Why? Oh, because he's a great catch, and here are a few reasons that prove just that.

Yes, he's the guy from those Step Up movies (no, not Channing Tatum) and he line danced on Pretty Little Liars (above). Imagine going out on dates and dancing with him like this? Yes, please!

He's Not Into Pick Up Lines

As he told Cosmopolitan, "I don't think I have one. I'm more of a quiet guy. I like to ease myself into a situation. As opposed to like 'Hey, how much does a polar bear weigh? Enough to break the ice.' Do those even work?" Thank you, Guzman, for wanting to actually have a conversation with a woman.

He Embraces His Heritage

There is nothing sexier than a man loving who he is and inspiring others in the process. He told Cosmo,

Unfortunately, I don't look as Latin as I am. I get called a white guy a lot, but I am very proud of my heritage. I try my hardest to bring honor to my Mexican roots. Latin people are very passionate and loyal, and I will always remember who I am and where I come from. For aspiring actors out there, I would say stay focused and don't let anyone pull you away from your goals. Shoot for the stars, so that if you ever fall short you can land on the clouds.

He Has A Great Vocabulary

Anyone else think a man who uses big words and is intelligent is hot? Yeah, me too. In an interview with TIME, Guzman said about his high school days, "I was lackadaisical." Big words = major swoon.

I told you he's a catch.