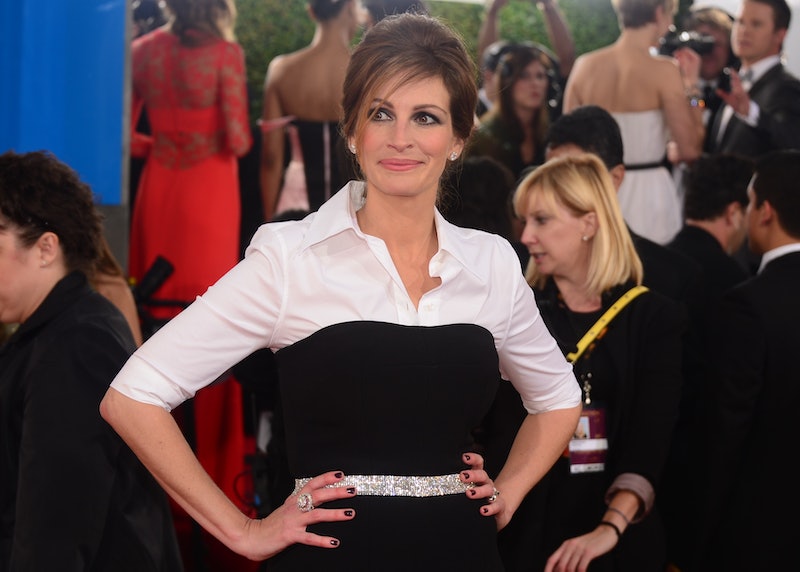 There’s going to be a scripted movie about Batkid? There’s going to be a scripted movie about Batkid! Deadline reports Julia Roberts just signed a deal to star in and produce an adaptation of Batkid Begins , the documentary chronicling the heartwarming and awesome day a 5-year-old boy with leukemia saved San Francisco from menacing villains, rode around in the Batmobile, and was presented with a key to the city. According to Deadline, Roberts will produce the movie with Lisa Gillan and Marisa Yeres, her partners at Red Om Films. Batkid Begins director Dana Nachman will executive produce alongside Josh Braun and Dan Braun of Submarine Entertainment.

On Nov. 15, 2013, thousands of San Francisco residents banded together and staged superhero-y scenes for Miles Scott, aka Batkid, to tackle. Scott wore a Batsuit, thwarted actors dressed up like the Riddler and the Penguin, and saved "Gotham"/San Fran. The incredible Make-A-Wish adventure went viral, went on to become the subject of a documentary, and now it's inspired a feature film.

The adaptation will be a sob-fest, right? We can count on it, right? I mean, I get choked up just thinking about the story. And trailer for the documentary makes me cry. And the day Batkid was out fighting crime and the story was all over the Internet? Waterworks factory.

Well, I couldn't help myself. Had to revisit the Batkid Begins trailer.

Oops. I can't see my screen because my glasses are fogged up from all of the tears.