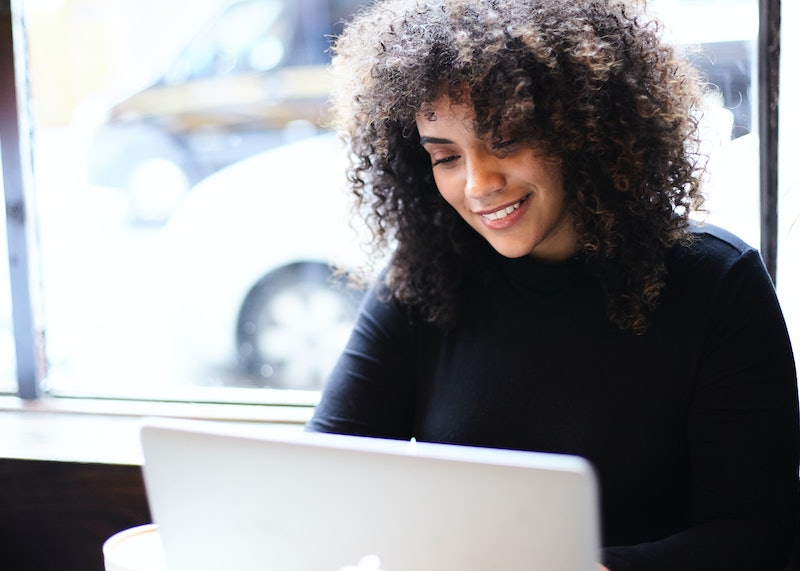 I love my coworkers, but I love working from home more--I don't have to get up as early, no traffic, and no bra--what could be better? Add to the many benefits of working from home that a recent study found people who work from home are more productive and I might never step foot inside an office building again. Sure, I might be so removed from human contact that I'd forget how to interact with people entirely, but, sweatpants.

A piece published yesterday in the Harvard Business Review details the aforementioned study, conducted by Nicholas Bloom and John Roberts of Stanford University. The study took employees from Ctrip, China's largest travel agency, who had been employed at the agency for at least six months in either the hotel or airfare divisions. Of the 508 eligible employees, 255 volunteered to work from home, and after a lottery draw, half were chosen to work from home for nine months while the other half remained the control group.

Both groups worked the same shifts, at the same time, with the same managers and used the same software (which keeps detailed records of the times employees are actually working). The study found that performance for the WFH group increased by 13% and participants were also more productive per minute. Surveys distributed after the experiment attributed this efficiency increase to less breaks and sick days and less noise distractions. The group's turnover rate also decreased by half, with employees reporting less work exhaustion and higher overall satisfaction. Yay! The group who stayed in the office showed no change in performance.

Ctrip was so pleased with the results that they introduced the option of working from home to all their employees. Surprisingly, half of the WFH-ers decided to go back to the office, citing loneliness, and three quarters of the control group stayed in the office. But who needs people when you can have pizza?? C'mon, people. Let's not lose sight of what's important.

What I found especially interesting were the conclusions drawn about the types of people who choose to work from home versus on-site. They believe that since previous studies on the benefits of working from home didn't randomize selection, it indicated that people who elected to telecommute were more driven and focused, while the employees who stayed in the office did so because they were more easily distracted and didn't know if they could get the same amount of work done, what with the TV and the fridge being right there. I totally understand--there was an SVU marathon on USA last Tuesday when I was trying to write. I may or may not have left it on in the background.

So although working from home has its pros and cons and its efficacy probably varies from person to person, the researchers' advice was this:

"Firms--at the very least--ought to be open to employees working from home occasionally, to allow them to focus on individual projects and tasks...We think working from home can be a positive experience both for the company and its employees."

Therefore, I hereby decree that all Fridays shall now be National Work From Home Day. Is it too late for me to run for President?