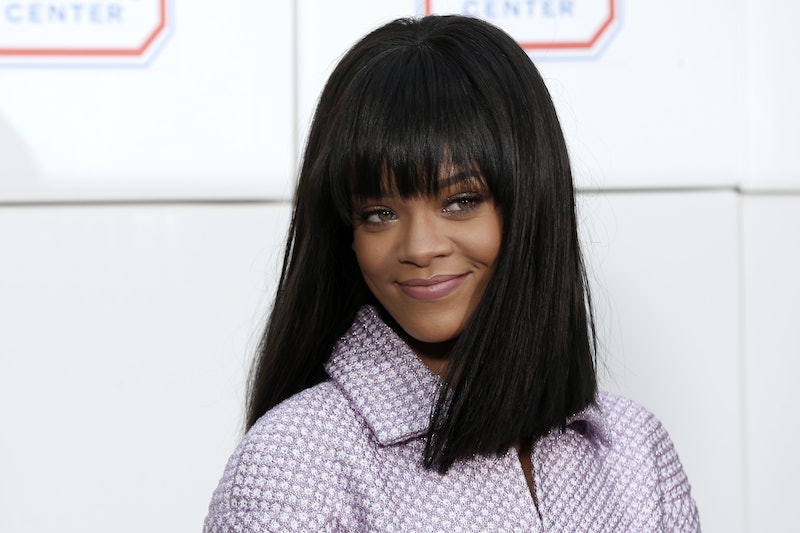 In a total Beyoncé move, Rihanna surprised us with a new song called "FourFiveSeconds." The singer collaborated with none other than Paul McCartney and Kanye West for the tune, and you know what that means: A bunch of confused pre-teens on Twitter wondering who Paul McCartney is. It happened when Kanye West dropped his number with the former Beatle earlier this month. Whether it was legitimate confusion or the work of trolls, there's no getting away with it this time.

Paul McCartney seems here to stay in the mainstream pop/rap world. First Kanye and now Rihanna... who knows which collaboration he'll pick next? But one thing is for sure: he's working with big names, and people have to stop acting like they don't know who he is. Not only is that incredibly sad because The Beatles are everything, but also why can't people take two seconds to Google him before rushing to Twitter to declare they don't know who he is?

It happens whenever he shows up to do anything, be it an appearance at the Grammys or this new song with Rihanna. But McCartney and the crew on this song deserve some recognition because it's pretty fantastic. Rihanna hasn't released an album since 2012, and this new number is making me so excited for what's to come from her.

The song gives us a unique opportunity to hear West and Rihanna sing over a melody that is classic Beatles: Very poppy and upbeat. But it still maintains the essence of West and Rihanna, while incorporating McCartney. It's a nice break from tradition for all three of them, and a great opportunity for the world to just finally learn who Paul McCartney is once and for all.

You can check out the song on Rihanna's website or on iTunes.

More like this
Kim Kardashian Father’s Day Tribute To Kanye West Called Him “The Best Dad”
By Stephanie Topacio Long
Olivia Rodrigo’s Song Dedication To 5 SCOTUS Justices Sent A Strong Message
By Grace Wehniainen
Will Beyoncé Be At The BET Awards To Perform “Break My Soul” Or Attend The Show?
By Jake Viswanath
Lily Allen Was “Quite Emosh” After Performing Sober At Glastonbury Festival
By Stephanie Topacio Long
Get Even More From Bustle — Sign Up For The Newsletter