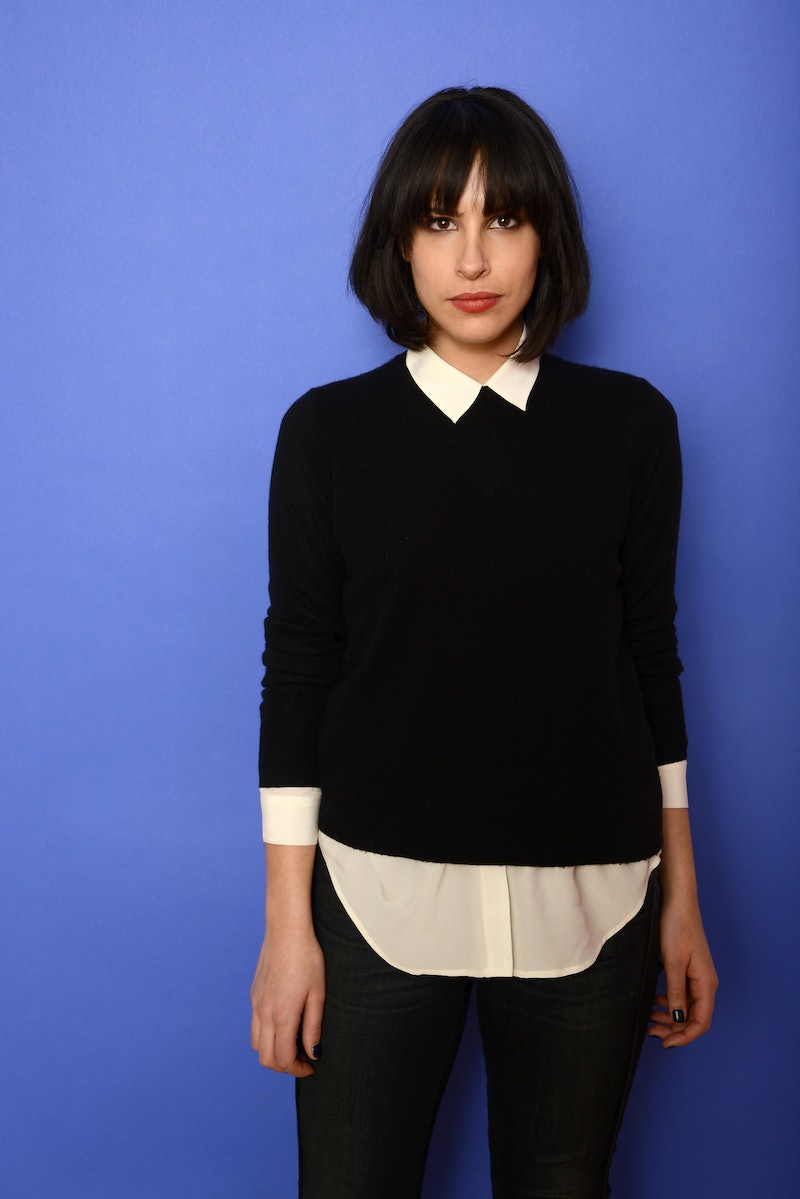 When Hannah reached her new home at the Iowa Writers Workshop in Girls, she encountered an ensemble of writers that surely filled us with all kinds of feelings. Every single person is quotable, but not quite so much as Desiree Akhavan's Girls character, who now famously said of another classmate's work: "Gut wrenching — and not asking to wrench our guts, just wrenching them." (Scroll down a bit to re-live Hannah's classic reaction to that line. It's well worth it.) But Akhavan didn't just get the best line of that scene, she also sort of shares a connection to Dunham herself, in that much like the women of Broad City before her, Akhavan has been dubbed "The Next Lena Dunham."

But when I got that chance to speak to Akhavan about Girls and her film Appropriate Behavior , she challenged the comparison. "I mean on the surface level, it’s flattering because I love Lena’s work but also if you take a second to look beyond what the implication of it is, it’s pretty insulting," she says. "I think there is this idea that there can only be one successful filmmaker out there, that there can only be space for one funny thoughtful woman who talks about life opening and honestly and does so without being precious and that’s complete bulls--t. There’s room for a lot of different kinds of voices and to just blindly compare every woman to Lena Dunham is lazy journalism."

It's something many young women who write, direct, and act have faced and often, the comparison seems to arise from the sad fact that the number of highly visible young female filmmakers is a tiny one. Thus comes the inevitable you-are-young-and-a-woman-so-you-must-be-like-Lena comparison, and Akhavan is not wrong: That "compliment" assumes that there is only one channel that female filmmakers can swim in, and that's the wake of Dunham's incredible, well-earned, and totally unique success. That is pretty insulting.

The issue becomes more obvious upon seeing Akhavan's film. Take a look at the trailer for Appropriate Behavior to get a feel for her point of view:

The Absurd Element of Her Role on Girls

Akhavan's film shares another connection with Dunham, in that it has autobiographical elements, which is something that Dunham still faces criticism for — and something Hannah faces criticism for at the hands of Akhavan's character during the Season 4 episode "Triggering." Akhavan's character is the one to point out that she can't truly judge Hannah's work because it's "clearly autobiographical," as if pulling from one's own experience is somehow a writing crime of immense proportions.

"I thought it was a bit absurdly funny that I was the person who was unable to accept her work as legitimate ... because [my film is] clearly autobiographical ... clearly my work is incredibly personal," she says.

Of course, her film doesn't follow her life in a play-by-play (and for the record, Girls certainly doesn't do that with Dunham's life, however determined some people are to assert that). "[Appropriate Behavior is] not autobiographical in the strict sense, but I will say that it’s very personal and inspired by my life. So yeah, I thought it was funny to bring it into the writing workshop because we kind of skewer her," she adds.

On The Stigma Surrounding Autobiographical Work

"I know that it’s kind of considered juvenile to write about your own experiences, but I also think that every filmmaker and writer is different and each writer has their own strength and their own style," says Akhavan, who says she hasn't seen any criticism of her work that belittles autobiographical writing.

What's more, is that while this debate really gained legs with Dunham's meteoric rise, Akhavan points out that she's certainly not the first female filmmaker to craft work inspired by her own life in a way that spins those elements forward.

"Catherine Breillat is a filmmaker I really love she recently did a film called Fat Girl and another film called Abuse of Weakness and that film is highly autobiographical, but I think she interprets her life in a way that is appropriate for screen," she says. "I don’t think that she shot-for-shot, line-for-line remakes things that happen to her, but there’s something that happens where she’s able to elevate her life into art and that talent is a rare one."

Akhavan says she believes in her own work and knows that the source of the criticism that autobiographical writing is somehow lesser comes from having seen work that doesn't use personal elements artfully. "The criticism usually comes to work that’s masturbatory or boring and nobody loves work that’s autobiographical and victimizes you or turns you into a hero. That’s boring and I hope I don’t do that with my own work and I wouldn’t be entertained by anyone else who did that," she says.

On Representations of Bisexuality on Film

Appropriate Behavior follows Akhavan's character, a bisexual Iranian woman named Shirin who is going through a break up with her long-term girlfriend. It's a very open and honest portrayal of bisexuality that takes us through Shirin's relationships as well as her struggle to come out to her parents. But in film in general, bisexual characters are a very small faction, something Akhavan said she was "liberating" while making her film.

"No one really gives a s--t about bisexuals; we’re not very represented and I think the world in general doesn’t really know quite how to wrap their brain around being bisexual," she says. "It was important to me to have a character who was bisexual, because unless you humanize someone who this specific area of the LGBT spectrum, then it’s just not going to exist in most people’s lives and most bisexuals are labeled either straight or gay depending on who they are with."

And really, as viewers, what more could we ask for?

Appropriate Behavior is in theaters now and Akhavan can be found for the next few weeks on Girls on HBO.