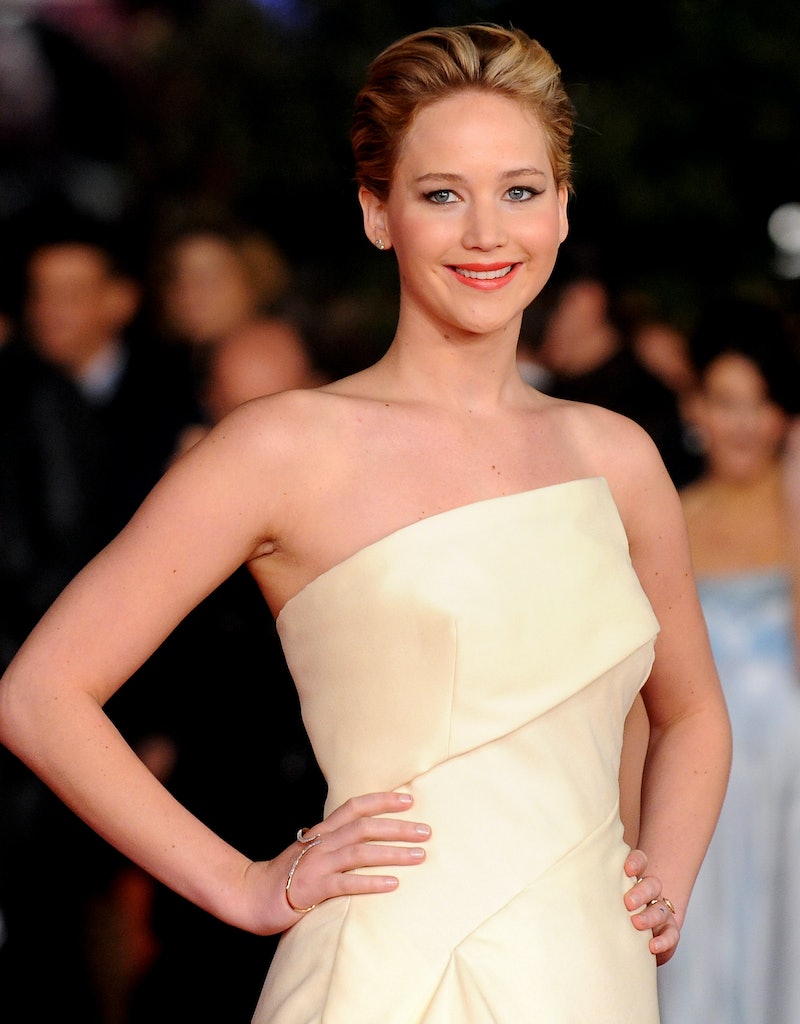 I would be lying if I told you that I haven't considered asking Jennifer Lawrence to be my maid of honor when I get married someday, if only because she's incredibly awesome at giving speeches — a talent she proved at Saturday night's Producer's Guild Awards where Lawrence honored Lionsgate CEO Jon Feltheimer. In fact, now that I've seen her public speaking skills in action, I'm not sure why we haven't asked her to step up to the plate to give speeches sooner. In my humble opinion, she would have been fabulous taking over last week's State of the Union address, and Obama could've had a night off.

Because not only did J.Law address the crowd as "past, present, and hopefully future employers" and lament the fact that she hadn't asked for a Xanax before speaking in front of a lot of people, she also joked that her career is going to die when she's 25. Her speech was filled with many other gems, like how she shouldn't have come because she hated breaking the "unbreakable bond between woman and couch." But my favorite part? When she talked about The Hunger Games, punctuating her speech with the down to earth sense of humor we've come to expect and love from her.

"Jon was charged to insure that Suzanne Collins' Hunger Games incredible trilogy of books was respectfully brought to life in four films and it was a…large f—king failure," she joked before presenting Feltheimer with the 2015 PGA Milestone Award. If the Hunger Games was a failure, then apparently I (and the rest of the world) are totally into that kind of thing.

If this speech doesn't solidify your eternal love for Lawrence, I don't know what will. We certainly can't expect her to fall up the stairs at the Oscars again this year, now can we?