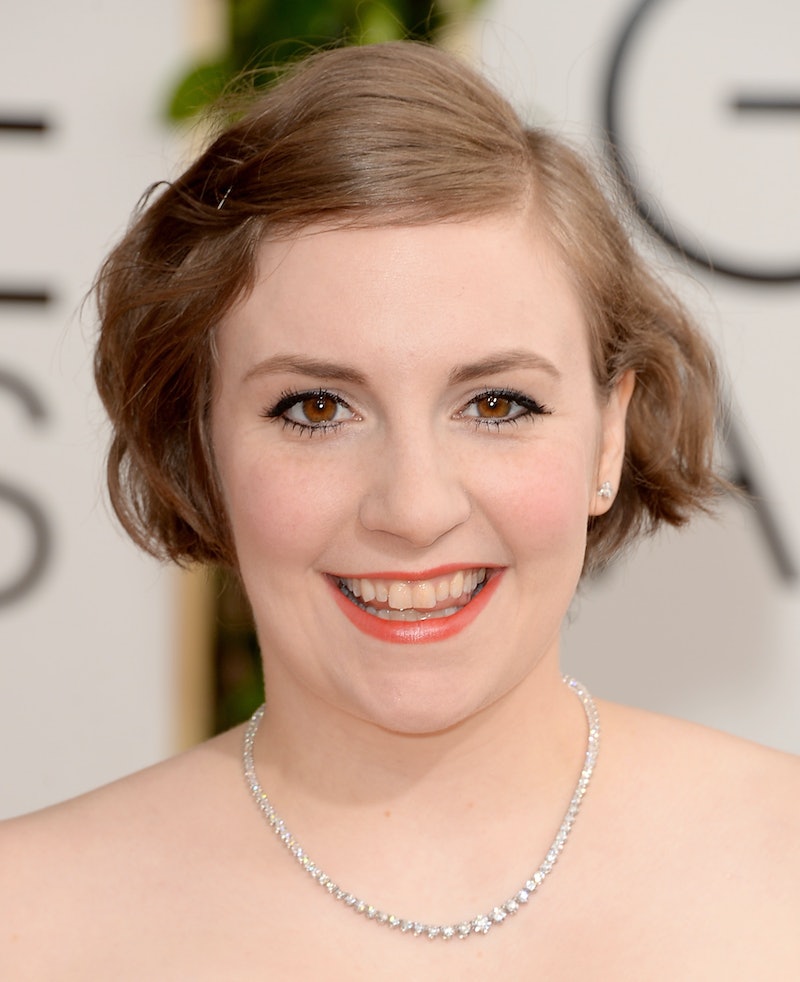 Despite frequent (and unfair) backlash, Lena Dunham has never been shy about voicing her opinions — and that's one of the best things about her. On Saturday, Lena Dunham spoke at Sundance Film Festival's "Power of Story: Serious Ladies" panel and didn't hold back from addressing issues like sexual assault on college campuses and women's reproductive rights. The Girls star was joined by other brilliant, hilarious women: Mindy Kaling, Kristen Wiig, and Orange Is the New Black creator Jenji Kohan. From discussing Woody Allen to talking about censorship, they hit a variety of serious — and seriously important — topics.

One of the highlights was when Dunham was asked which political issues she considers most important. As expected, she gave a perfect response. Speaking to reproductive rights, she said:

The idea that women can’t be complete and total citizens until they have control over the destiny of their own bodies. It’s not just a political issue, it’s a lot about class, race and it feeds into all these other forms of inequality and injustice that exist in our country

Since Dunham is an outspoken Planned Parenthood supporter, her comments may not be surprising, but they sure are powerful. Not only does she believe in the importance of women having the freedom to make decisions about their own bodies, but she also believes we should be talking more about sexual assault on college campus — a topic often swept under the rug.

Dunham emphasized the importance of bringing this subject to the spotlight rather than having it remain taboo, saying:

One of the reasons it is important to talk about campus assaults is that these women in positions of incredible privilege are still being forced every day to fight for their truth and that is indicative of the fact that sexual assault is an epidemic and so many people are voiceless.

Amen to that! What better place to educate than an educational institution? In her memoir, Not That Kind of Girl, Dunham wrote about her own sexual assault experience during her time at Oberlin College. The passage sparked backlash and victim-blaming, yet she courageously continued to speak out and share her experience. It makes me wonder: If an Emmy Award-nominated actress can't even speak out about assault without being victim-blamed, what hope does the rest of the female population have?

Dunham's comments come at a crucial time. While it seems like campus assaults are finally getting more attention than before, it's still not enough. Just last week, Emma Sulkowicz, the Columbia University student whose "Carry That Weight" art project sparked national attention, attended Obama's State of the Union. It's great that Sulkowicz was in the audience, yet it was incredibly disappointing when the President did not touch on the topic of rape or sexual assault at all.

While progress still needs to be made, it's comments like Dunham's that keep the conversation moving forward — as it should!