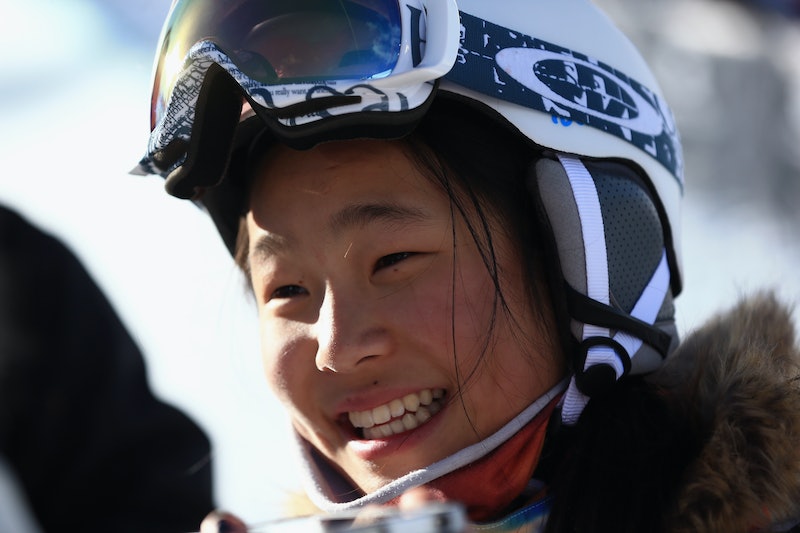 In the past 24 hours, two female athletes proved age really is just a number in the best possible way. Chloe Kim, who is 14, became the youngest athlete to ever win a gold medal in Winter X Games history, and 23-year-old Ashley Wagner, considered almost too old to compete by figure skating standards, silenced detractors by achieving the highest score ever for a woman at a U.S. championship event.

Kim beat Kelly Clark, considered by some as the greatest women's snowboarder of all time, during Saturday night's halfpipe event, scoring 92 points on her third run (Clark scored 90 during her first run, good enough for the silver medal) and preventing Clark from claiming a sixth consecutive gold medal. It was an especially memorable performance after Kim suffered a hard fall on the half-pipe, chipping her tooth and scraping her face. When asked by ESPN how she felt after her victory, Kim answered earnestly, "My face kind of hurts right now."

There doesn't seem to be any rivalry between Clark and Kim, who was not even alive when Clark made her X Games debut 15 years ago. Kim considers Clark a snowboarding idol, and Clark told USA Today that she would be proud to "hand off" the sport and its future to Kim.

And it was an especially sweet victory for Wagner on Saturday, who has dealt with naysayers proclaiming she wasn't good enough to compete in the Sochi Olympic Games in 2014, partly because of her age and partly because they didn't believe she was talented enough. Her victory at the 2015 Prudential U.S. Figure Skating Championships gives Wagner her third national title. In an article by the United States Olympic Committee, she said:

Wagner's flawless routines garnered 221.02 points, crushing fellow competitors Gracie Gold, who placed second with 205.54 points, Karen Chen, in third with 199.79 points, and Polina Edmunds, in fourth with 192.62. Wagner's score was comprised of a 148.98 in Saturday's free skate — another record — and the top score in Thursday's night short program, 72.04, a personal best.

Previously, Wagner finished fourth at the 2014 U.S. championships and seventh in Sochi.

So, who run the world?