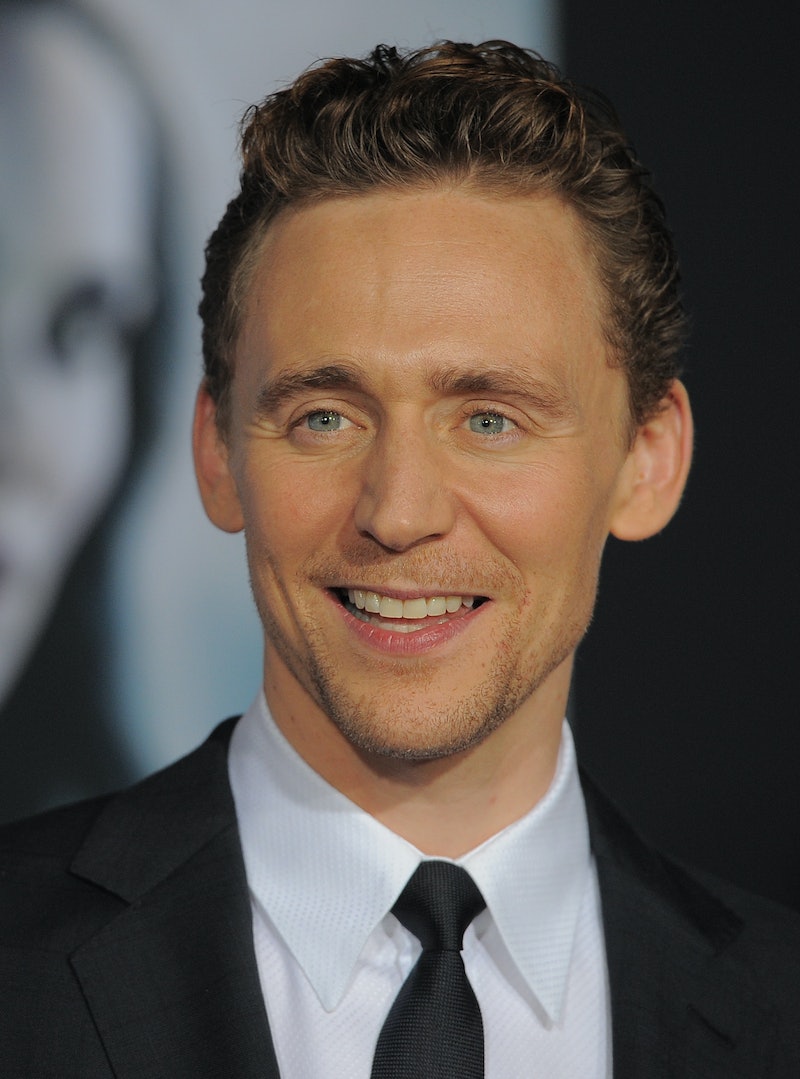 There's a lot about the actor that I'm grateful for, but I'm happiest about Tom Hiddleston's incredible charity work because he's doing good and inspiring others. Hiddleston doesn't just donate a bunch of money to a charity at the end of the year and call it good. He is actively involved in charity work and dedicates a lot of his time to spreading awareness for his various projects and causes.

But not only is he helping others, he's motivating his legions of followers to do the same. Much like he's made his fans care about Shakespeare, he's also made them care about giving back. In fact, some fans have even started their own charitable initiatives in the name of Hiddleston.

Jane Cooper, UNICEF's director of communications in the UK, recently talked about his fans' involvement in the global charity. "Following Tom Hiddleston's engagement with UNICEF UK, for example, a group of his fans calling themselves 'Hiddlestoners Have Heart' spontaneously set up their own online donation page and raised more than £30,000 for our work," Cooper revealed.

That's pretty impressive, and the Hiddlestoners show no signs of stopping. Many made New Year's resolutions to be more like Hiddleston, and the best way they can start is to be as charitable as he is. So, if you're interested in giving back, here's some Hiddleston-approved activities that can inspire you to take that step towards doing good.

When He Lived Below the Line

In April 2013, Hiddleston decided to tackle poverty by raising awareness about how little some people have to spend on food. For five days Hiddleston dined on only one pound (about $1.50) a day in an effort to show his followers that billions of people in the world have that or less to live on. His participation encouraged hundreds of others to join in on the campaign.

So while you watch the adorable video of him making a baked potato for the challenge, think about what you could be doing to help end world hunger. (Like joining the Live Below the Line campaign this April.) If Hiddleston can do it, so can you.

When He Visited Africa

As part of his work for UNICEF, Hiddleston visited West Africa in January 2013. Although he wants to be clear that he is merely “a town crier” for the cause, and all the recognition needs to be going to those on the ground administering vaccines and the like.

I’m someone who can write about it and make people aware, but I’m not distributing vaccines; I’m not organizing transportation; I can’t make fortified milk for infants who are malnourished; I can’t build schools and find jobs and build training systems; I’m not a chemist; I’m not an engineer; I’m not a politician—I’m just in a position where people, some people, a few people, will read what I’ve got to say.

And while he may not be doing physical labor, his voice has compelled a lot of people to stand up and take action of their own: hence the over $30,000 Hiddlestoners have raised for UNICEF.

When He Tackled Climate Change

If Hiddleston wears it, people take notice. Greenpeace took advantage of that with this smart ad campaign to counteract global warming.

When He Issued a Wake Up Call

Hiddleston is the master of selfies for a good cause, as evidenced by this one. It was part of the Wake Up Call campaign to raise awareness for the suffering of Syrian children. It's an adorable selfie, yes. But it's also helping make the world a better place.

When He Risked Hypothermia for ALS Awareness

Hiddles was one of the many celebrities to jump onto the Ice Bucket Challenge bandwagon. He drenched himself for the good of the cause and it was wonderful for so many reasons, chief amongst them that his fans learned what they could do to help sufferers of Lou Gehrig's Disease.

When He Surprised Under-Privileged Children

These New York City kids thought they were just going to get to see Thor 2, but then Hiddleston showed up and gave them all the surprise of a lifetime. He thanked the charities involved (Variety the Children’s Charity of New York and The Children’s Aid Society) and then sat down to watch the film alongside them. Seriously so sweet.

When He Supported Gender Equality

Although outside his range of children-oriented charities, Hiddleston found the gender equality cause just as important. When Emma Watson first gave her #HeForShe speech, he threw his support her way.

When He Mobilized Support Via Video PSAs

Hiddleston has made a few video PSAs for UNICEF dedicated to raising awareness about everything from hunger in Africa to homelessness in Syria.

I'm so proud to like an actor who is doing so much good in the world. Hiddleston was blessed with a beautiful face and incredible talent, and he's using them to help others across the globe. In doing good, he's inspiring others to do the same—and that's the best use of celebrity there is.