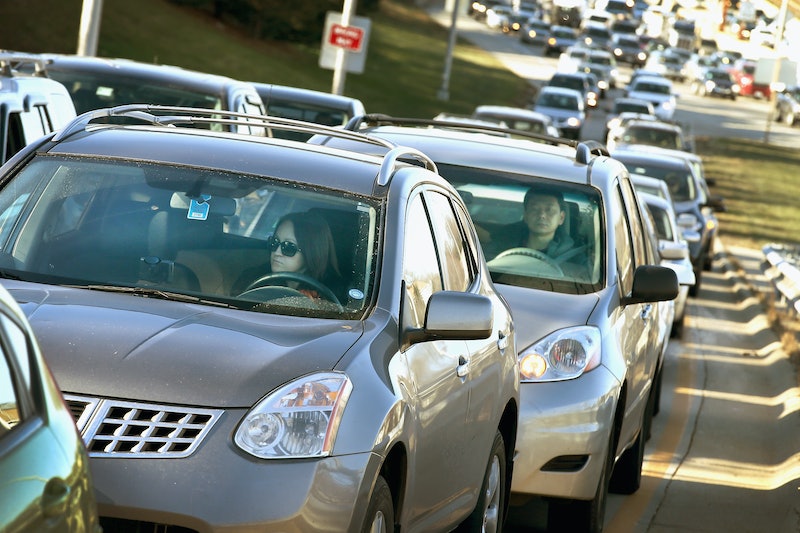 Through a landmark new state program, more than 85,000 undocumented immigrants received temporary Illinois driver's licenses in 2014, a year after the implementation of a bill that allowed non-visa status individuals to apply for a temporary visitor driver’s license (TVDL). The licenses come with a $30 application fee and are valid for three years, and can only be used for driving. Marked with a purple border — in contrast with a regular license's red border — the license will not be able to be used as identification for purposes such as boarding a plane, buying a firearm, or voting.

Henry Haupt, the spokesman of the Illinois Secretary of State Jesse White — whose office is in charge of the program— told The Southern Illinoisan:

[White] thinks the program has been very successful.

A testament of sorts to progressive immigration policies, the large number of applications for the temporary driver's licenses — almost 190,000 have scheduled appointments in the past year, according to the Associated Press — also demonstrated its exuberant reception among undocumented immigrants, who are faced with a myriad of obstacles in order to go about their lives.

The bill is a marked divergence from a sometimes hostile take on undocumented immigrants and immigration policy. The Republican party is now deeply divided over immigration reform — do they work with President Obama despite their disdain for him exercising executive authority on the issue? Do they sue the president and then come up with a coherent immigration policy that won't alienate young voters or minorities? Or would they just like to deport all undocumented immigrants and beef up border security?

Upon the bill's passage in 2013, Illinois became the one of the handful of states that allow undocumented immigrants to drive legally — along with Washington, Utah, Colorado, Nevada, New Mexico, Connecticut, Vermont, Maryland, and California, the most recent member of the club. Supporters of the legislation argued that granting the undocumented driver's licenses would make the roads safer and curb driving without insurance.

There was strong Republican opposition to the bill in the state House and Senate — only two GOP lawmakers supported it, reported the local newspaper — reflective of a party whose potential presidential candidate screener, Rep. Steve King, had the gall and tactlessness to call one of Obama's guests at his State of the Union address, Ana Zamora, a "deportable" for being one of the tens of thousands of people in the U.S. who benefited from the DREAM Act.

Politics aside, the law seems only to be making strides in the state, and hopefully California and its 2.55 million undocumented immigrants (as of 2010) will witness the same payoffs, too.