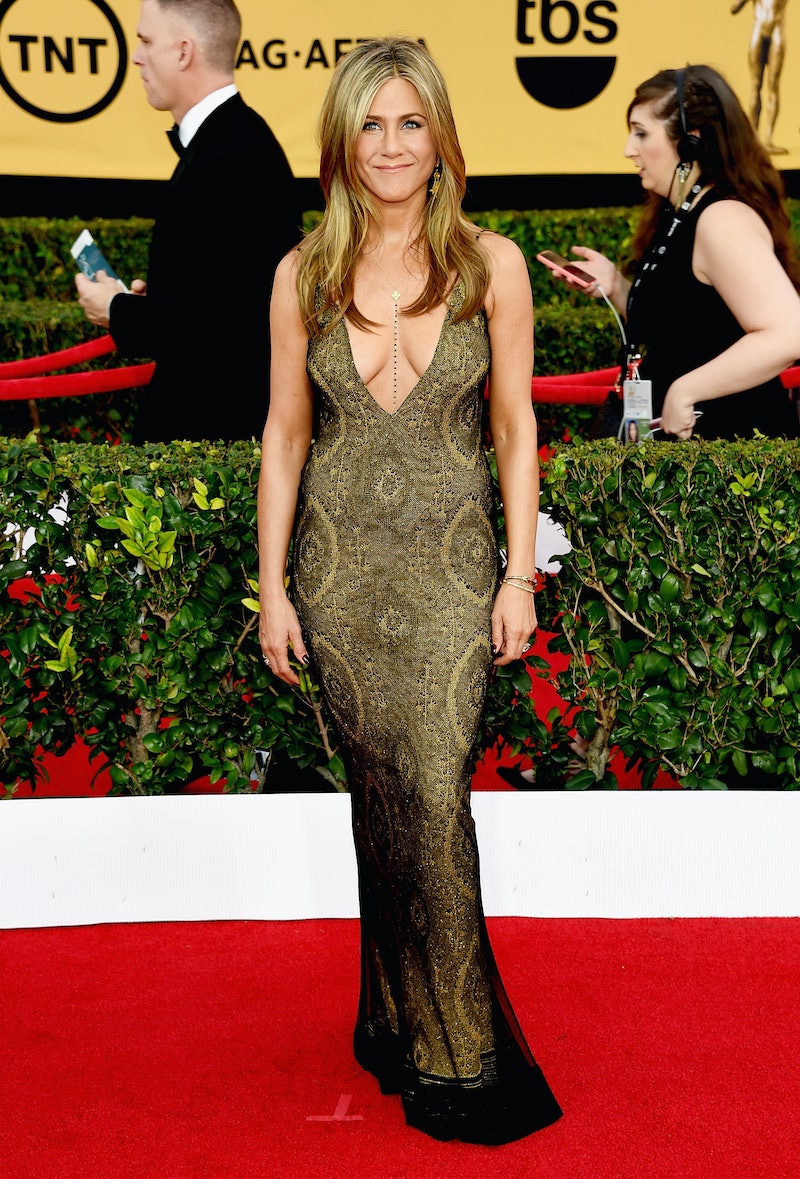 Jennifer Aniston played such a diverse role in her movie "Cake." And even though she was snubbed an Oscar, she still stayed true to her sweet self. Unlike herself, however, the dress Jennifer Aniston wore to the SAG Awards — which was NOT black. Cue all the gasps.

This year, more than ever, Aniston received a lot of hate for her red carpet looks because she always sticks to black. Well, until this year's People's Choice Awards. And it looks like she wanted to try a different color again on Sunday evening. Her plunging vintage Galliano dress was more gold than black and it looked oh-so-good against her tan skin and very blonde hair.

Aniston has been nothing but an inspiration this award season, from coming out about dyslexia to her sweet response for not getting nominated for her leading role in Cake. At the SAGs, she told E! reporter Maria Menounos her role in the movie felt "refreshing" because she didn't wear makeup throughout the whole thing.

"For me, it was quite refreshing. I felt like I went back to class. I had that excitement of exploring a character and was not expecting that anything would come out of it like it has. We were all so stunned."

She also admitted to not working out during the movie. He figure in the slim-fitting vintage dress certainly did not look like she had taken an entire movie-filming season off from exercising. Basically, Jen, you will always be perfect.