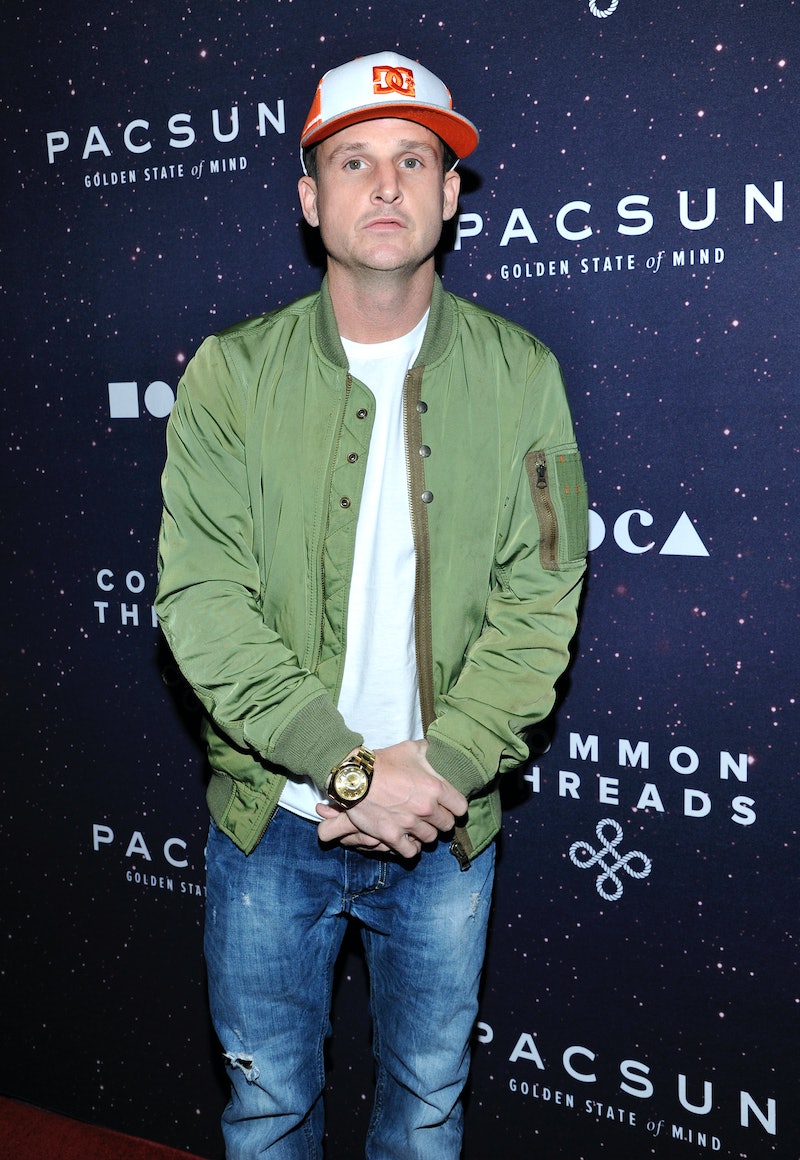 I'm not sure what I expected from Miss Universe, but it definitely wasn't this. One woman will be crowned as 2015's winner on Sunday night, and when she wins, it'll be because of the guy from Ridiculousness. Although he was mysteriously left off of the list of judges on the pageant's website until today, Rob Dyrdek is one of Miss Universe 's judges, and although he's not exactly someone I'd consider qualified to judge a beauty pageant, here he is, doing it. Not that I'm complaining — it was a pretty sweet surprise to see him on stage, and I'm stoked to hear his inevitably funny comments about the pageant. If you've been watching the show so far, you're more than aware that he has more than enough material to work with, especially after that parade of outlandish, gravity-defying costumes the women were wearing when they first introduced themselves and the countries they represent.

And as with all major TV events, fans are already flocking to Twitter to express their joy — and complete, totally valid confusion — about Dyrdek's role as judge this year. Social media is the best, isn't it?

I let the good people of Twitter take it from here: