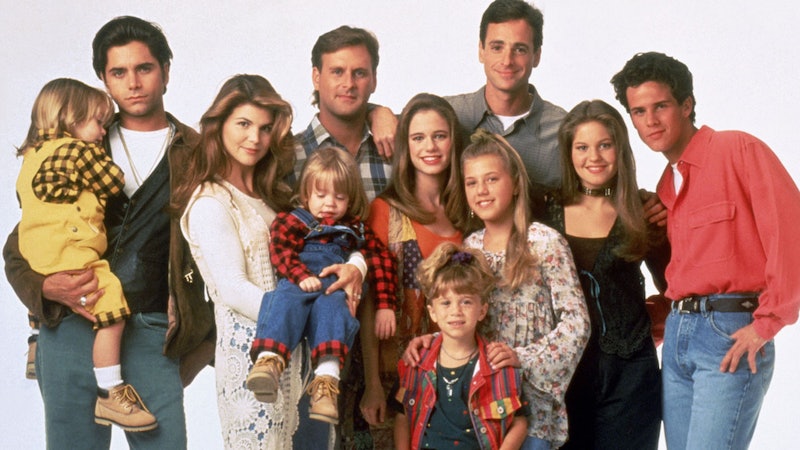 Saturday was a big day for the Tanner family. The Full House cast had a reunion in honor of creator Jeff Franklin's birthday and almost every single cast member showed up. But, even better than seeing all our childhood favorite actors in one room, we got to watch them perform the Full House theme song. That's right, it happened and there's video footage of it.

Who doesn't love that vintage tune first voiced by Jesse Frederick? "Everywhere You Look" isn't his only TV theme song hit, but it's definitely one of the best. That's how much it has managed to stay in fans' heads all these years later, and not to mention how the cast still knows all the words.

Andrea Barber, who played next-door neighbor Kimmy Gibbler, posted a video of the theme song tribute to Instagram, and it's amazing. "Only for you, Jeff Franklin. Only for you. Happy Birthday," Barber captioned the video. She then added a bunch of hashtags reading, "#everywhereyoulook #whatsmyline?#onlyknewthechorus #cantgetthisdamnsongouttamyhead."

Although the video is only a few seconds long, it's a really sweet tribute to the man behind the beloved show. But the Full House cast isn't the only TV show troupe to give singing their theme song a try. Here are 12 casts singing your favorite theme songs (theirs).

I miss this show so much!

The three ladies of the show recently reunited to perform a joke episode Jimmy Kimmel had written. You can watch them deadpan the famous intro lyrics at about minute six.

Can you sing their instrumental theme? The answer is yes, and the cast does it flawlessly.

This is probably one of my all-time favorite theme songs, and it's made so much better by the cast joining in. 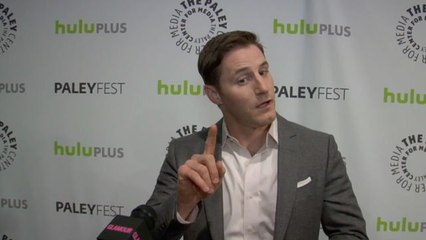 Finally, this cast is making me laugh instead of cry — for once.

It's so weird hearing this song while looking at the actual actors instead of the cartoon versions.

This is definitely a tricky one; it goes so fast!

It's Jimmy Fallon and The Roots plus muppets. It doesn't get much better than that.

This is making me miss the original intro so badly!

Years later and Will Smith still knows every word. Catch it at 1:50.

Karen Gillian and Matt Smith get so into it.

Oh ,the feels. Watching all of these makes me want to go on a major Netflix binge through all my old favorite shows. So good.