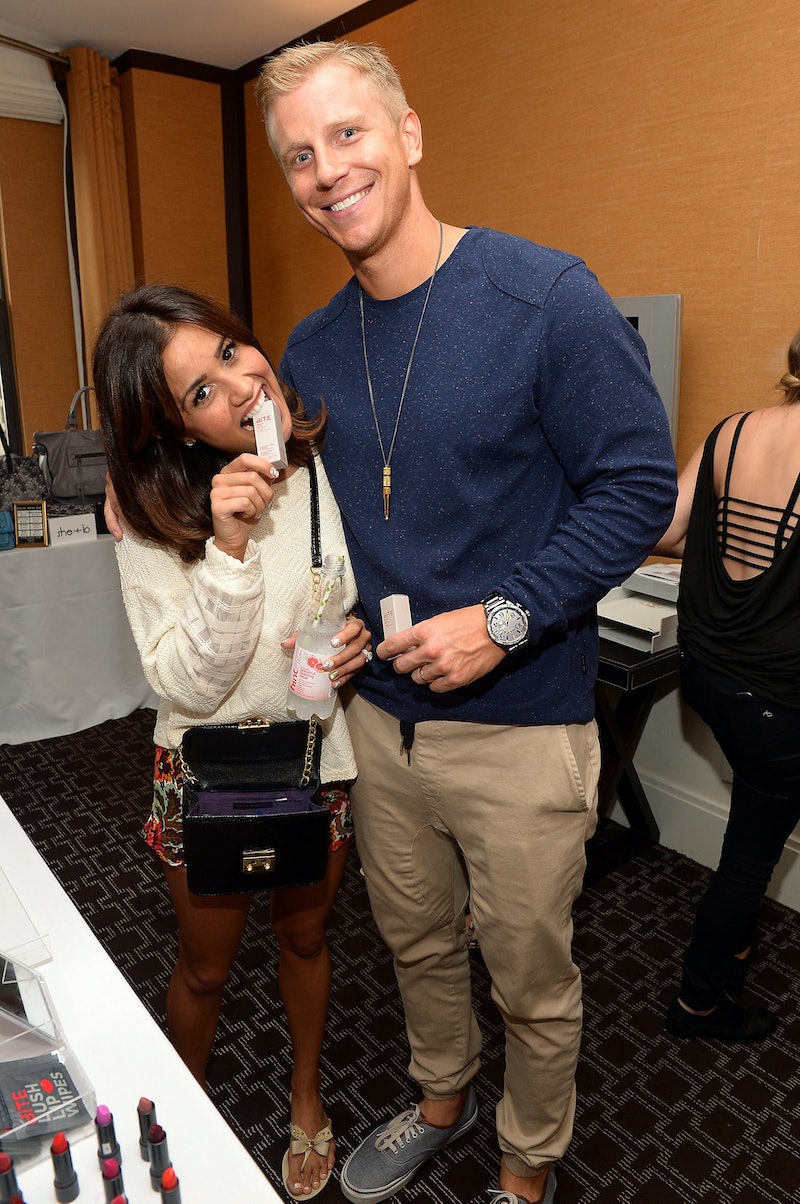 After two seasons in The Bachelor-verse, former Bachelor Sean Lowe has plenty of stories to tell about the journey, the process, and of course the right reasons. After having had his heart broken by Emily Maynard on national television, finding the love of his life Catherine Giudici on The Bachelor, and later marrying Catherine (again, on national television), Sean is practically a treasure trove of Bachelor knowledge. Naturally, he's put that experience to use for his new book, For The Right Reasons , out on January 27.

Leading up the release, Sean stepped up as a Bustle guest-blogger, introducing us to his new book and the Bachelor secrets that lie within. But for those looking for the sweeter stuff, Sean's autobiography doesn't just take you behind the scenes, it also delves into how he overcame heartbreak to find his true love, as well as the personal struggles and his faith that have brought him to where he is today.

Without further ado, here are the five things Sean wants Bachelor fans to know about For The Right Reasons and post-Bachelor life, as told to Kelsea Stahler:

1. I Didn't Just Write This Book For Bachelor Die-Hards

We knew when we set out to write this book that we wanted to captivate the Bachelor audience because Bachelor-Nation is huge. I think any person who loves The Bachelor will love the book because it gives you an inside look. You get to see how the show works behind the scenes and how Catherine and I interacted when cameras weren’t around.

With that being said, I was more focused on writing this book for people who wanted to know more about my faith and people who want to explore their faith on a deeper level. So, it’s kind of broad. Anybody can pick up this book and I hope it will speak to them.

2. I Didn't Leave Any Major Details Out Of My Story

There actually wasn’t anything major or controversial that I left out in the book. I tried to be very honest, to tell my story the way it actually happened. I think there’s some powerful stuff in there that will speak to just about anybody regardless of age or sex.

So far we’ve gotten wonderful feedback from the handful of people that have read the book. I’ve continued to hear readers appreciate me being real and open and raw. It’s something they can relate to, which is exactly what I was shooting for. I’ve been thrilled about that and it’s made the process very worthwhile.

3. I Want To Inspire Readers

I hope people are left inspired after reading the book. I was put into a situation where I’m a Christian guy who held on to Christian convictions on a show that doesn’t always scream morality.

I just want people to understand that no matter where you are in life or whatever you do, whether you’re a student or work a normal nine-to-five job, you too can stand up for your Christian convictions and you’ll be rewarded for doing so.

4. Life Really Changes After The Bachelor

The biggest change, and probably most obvious, is that it’s hard to go anywhere without being recognized. The Bachelor is such a weird experience because you go into it as “a normal guy” and you come out of it as someone who is very recognizable. That instant fame is kind of weird, but I was very fortunate. I have a ton of fans out there, or at least people who respected the way that I handled myself on the show and so everyone has been extremely nice. People come up to both me and Catherine and just tell us that they are rooting for us or they’re proud of us — you know, that kind of thing.

I think I’ve handled it as well as I could, but that’s because everyone out there has been so nice to me and Catherine. I know that’s not necessarily the case with most of these Bachelors.

5. I Loved Non-Fiction Books, Even Before I Wrote One

I normally stay within three categories. I love books on business — I’m an entrepreneur so that just stokes the coal, so to speak. I love faith-based books — I love to read anything that helps me grow in my own spiritual journey. I also love historical nonfiction. I’ve always been a bit of a history buff and there’s some great historical nonfiction out there.

Unbroken comes to mind. Unbroken may be one of my favorite books of all time because of the whole story of Louis Zamperini. It’s just incredible. I’d say those three categories what I normally stick to.

More like this
10 Photos Of The Wildest Limo Arrivals From 'The Bachelor' Premiere
By Brad Witter
Zach Swears He Didn’t Look Up Contestants Before The Bachelor Began Filming
By Brad Witter
The Bachelor’s Christina Mandrell Comes From One Of Country Music’s Most Famous Families
By Brad Witter
'Bachelorette' Vet Clare Crawley Unveiled 2 Special Wedding Day Accessories
By Stephanie Topacio Long
Get Even More From Bustle — Sign Up For The Newsletter
From hair trends to relationship advice, our daily newsletter has everything you need to sound like a person who’s on TikTok, even if you aren’t.