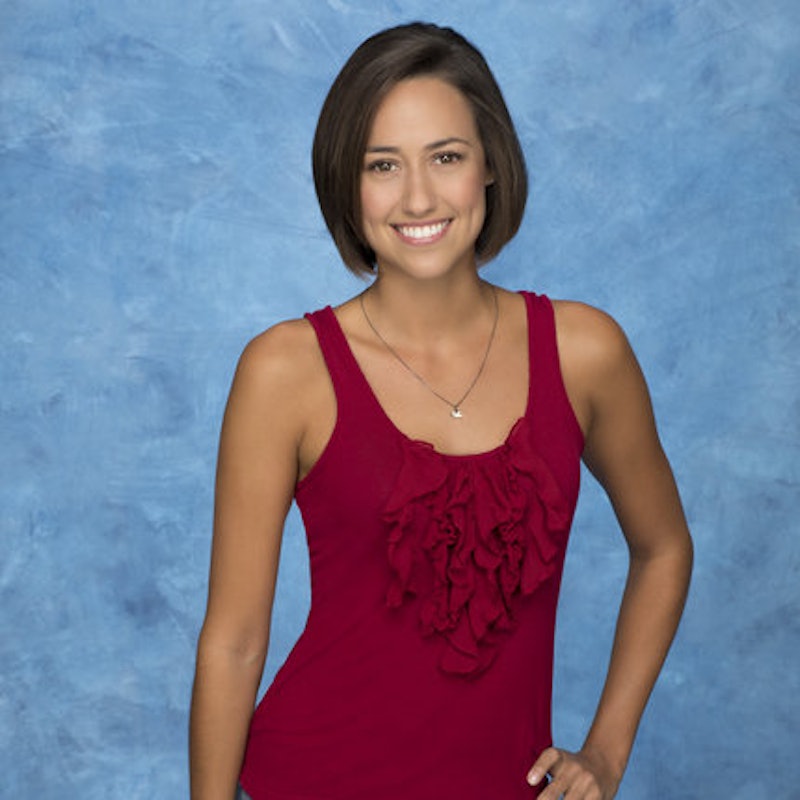 Four weeks in, and I am already partial to certain contestants on The Bachelor. I think Kaitlyn and Jade are adorable, and I can already see Whitney as the perfect girl for Chris Soules. However, there's one contestant I'm really not a fan of, despite the fact that we haven't seen that much of her until this Monday's episode: Kelsey the counselor. At first, I wasn't sure exactly why I disliked her... and then, the lakeside camping date began and slowly it all began to make sense. The second Kelsey opened her mouth and started mocking the other girls and calling them bimbos, I was done. And then to make matters worse, she was a total spoilsport about the date in general. As the rest of the women played red rover with Chris at the lake, Kelsey sat off to the side, complaining about how much the lake sucks. And I hate to break it to her, but if Kelsey doesn't like the lake, she's really not going to like living in Iowa.

In fact, I'm beginning to think that Kelsey is suffering from a condition that would kill her if she began to have fun near a lake. That is how against them she is. What has the lake ever done to you, Kelsey? I realize it's no St. Kitts, but what's the worst that can happen? You roast a few marshmallows and get to know Chris a little better? You find out you might actually like something new? This is exactly the kind of thing Chris enjoys, so if a contestant doesn't have a good time on the dates, there's a good chance she isn't going to enjoy a life with that person, either.

The icing on the cake? When the women gathered around the campfire, talking about how lucky they were to be having The Bachelor experience and Kelsey responded, "Really?" (obviously referring to the camping situation). I'm now officially wondering if she is being held against her will, or maybe was blackmailed into entering.