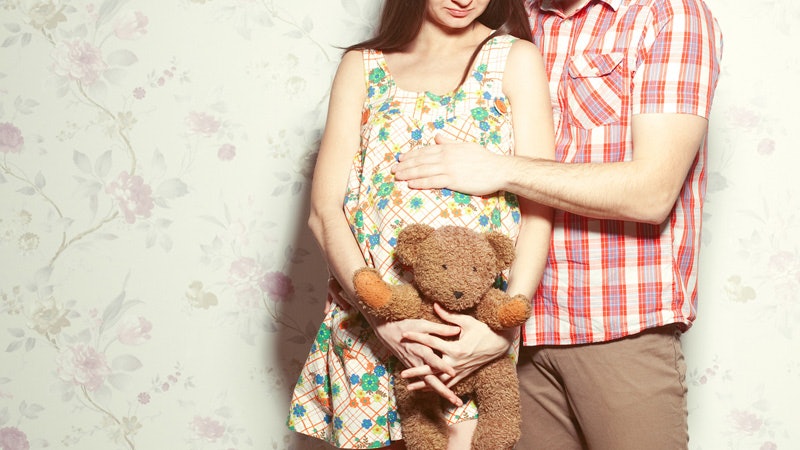 We were rushing down the freeway in the middle of San Diego as I nestled into the plush of my Volvo's passenger seat, happy that I wasn't the one maneuvering the rush hour traffic. It had been a long day. As my beleaguered driver beelined through the fray, he honked and cursed at an offending car, and hissed "Go figure, it's a woman" as the vehicle sped by. He cleared his throat and brought up dinner.

This person is what I'd call a good one. He's bright and kind, with a big heart. He'll throw out a sexist joke every now and then, fully aware he doesn't believe in the words, reciting them for a few cheap laughs. But he describes himself as a feminist, so it's OK.

You see, kid, when your world thrives on a certain dynamic, a specific set of behaviors that best characterize gender bonding as throwing around inappropriate jokes after a few IPAs, it becomes fair to say that it's not the individual to blame, but the culture at large. This, kid, is a letter meant for you before you're even a speck; before I even know who I'll call your dad.

But I want you to know what kind of man I'd like for you to be, because this is what it's like to be a woman.

I want you to understand what it would mean for a female to have the ability to walk down the street without harassment; without catcalls and solicitation and without being treated like a piece of meat every time she stepped foot onto the sidewalk.

I want you to realize the immensity of what it would mean for a woman in a male-dominated field to make a mistake or a bad judgment call, without that mistake being blamed on the fact that she's a she.

You need to know that, not so long ago, no female you know would have been allowed to vote or get divorced or have full control over her own body. As I write this, I don't make as much money as a man would to do my job. There are people in our government trying to take away my ability to make intimate, precious decisions regarding my future, right this very moment.

I want you to do what feels right to you no matter how popular it makes you, because people who speak up are often not very popular at all.

At the same time, please never let anyone tell you that there is such thing as absolute "right" and absolute "wrong," absolute "good" and absolute "bad." Our world was crafted in a billion shades of grey. Bad people will do wonderful things and very good people will hurt others. Desperation, hate, and insecurity do a number on the human race.

I need you to know that you're clever enough to come up with a joke born from wit and intelligence; that you don't need ethnicity. You don't need gender. You don't need stereotypes. I want you to be that confident. Because there are tiny changes you can make, every day, that will help change the world.

There's never anything right about sexism, be it directed toward a man or a woman. It doesn't make it any less offensive when we as women write men off as incompetent and anti-productive. None of this is helping our world to progress. So if ever you have a weak day, I want you to know what I know of you: you're too good for this.

Whether you have a girlfriend or a boyfriend or no friends at all as you read this, you should be sure of how incredibly loved you are; that you can do anything you want with all the support in the world. But you need to be aware that not all of your peers will have that. There are people who hide behind the guise of religion; who manipulate the words and actions of others to bring whatever societal rules they're most comfortable with to prominence. There are people who come into power that shouldn't so I want you to question everything you can; even me.

Make a scene. Cause a problem. Too many of us never say a word.

There will be times you have to do things that terrify you, and there will be a time that you feel weak. But I also know that you'll be my kid. You'll have half of me. You'll burn inside any time someone says something hurtful about someone you love; every time another person wrongs someone else because of their gender or skin color or accent or body. You'll want to kick someone's ass. Please don't.

You'll certainly not be perfect, as no one on earth is, but one thing you won't be is afraid of speaking up.

One day you'll find yourself completely alone, standing in the middle of the circus against all odds because you're doing something you know is right. You'll feel alienated and unsure, and you might question yourself. That's good.

It's my hope that, one day, when you read this you'll be able to say, "That's crazy. The world is nothing like that anymore," similarly to the way I see my mother and grandmother's times. If that's not the case, I want you to know how much power you have.

People like to say that one vote, one action, one person, can't change the world, but don't ever let anyone tell you that one person can't make a difference.

The words, "Go figure, it's a woman," will have a different meaning, because of you. And nothing could be more powerful.