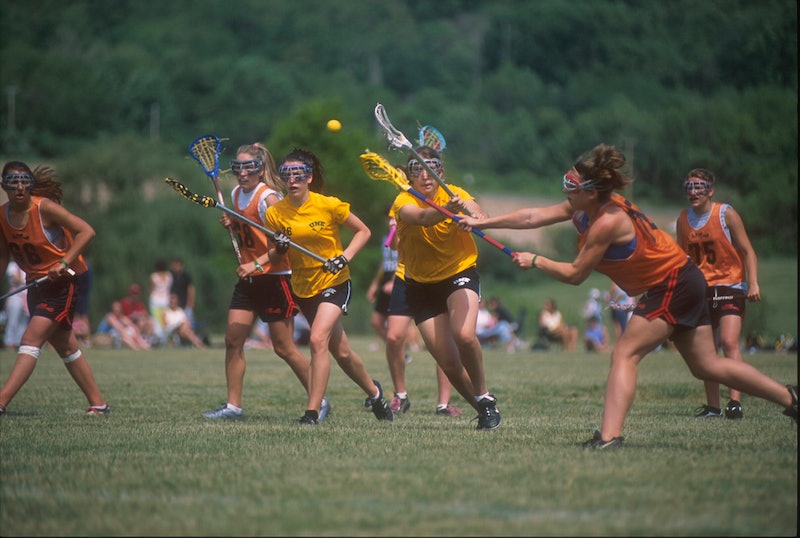 While kicking/throwing/hitting a ball is a great way to let off steam, you might not know that you're actually learning valuable skills as you play. A new Ernst & Young study found links between athletics and female success. 80 percent of women polled in management and executive roles had played sports at some point in their lives, and 69 percent credited athletics with teaching them leadership skills. More than half of the women polled at the corporate levels played sports into university. (That's pretty damn impressive!)

Ernst & Young has some gripping examples of high-power ladies who spent time on the field (or in the pool, or whatever). Christine Lagarde, head of the International Monetary Fund, was a synchronized swimmer on the French national team. Condoleezza Rice was a competitive tennis player and ice skater. PepsiCo CEO Indra Nooyi played cricket and baseball.

Cindi Leive, Editor in Chief at Glamour, was all over this correlation on Father's Day:

The idea that there's a link between athletics and female success has been around for a while. A 2002 study by mutual fund company Oppenheimer produced similar results, finding that 82 percent of female executives continued playing sports after elementary school. Sports teach you a lot about life—how to strategize, how to get over defeat, how to work as a team. All the more reason to sign up for the company soccer team.