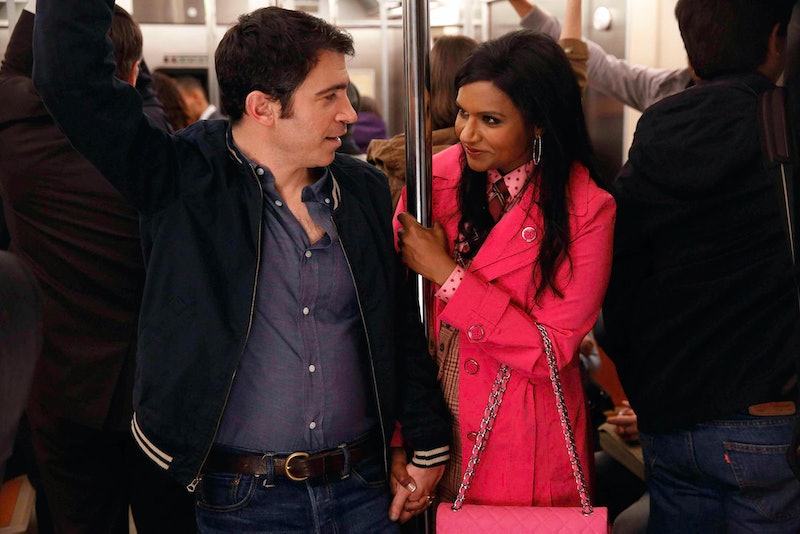 I never meant to end up in New York City, yet somehow I managed. I followed a boyfriend to Brooklyn who was following a sick internship opportunity, and even after we split, I ended up, well, staying. For awhile. It's a pretty magical place we grew up reading about, seeing in movies, you know the story. Taylor Swift loves it! But it wasn't for me, at least not for the long-haul. So at the very end of last July, I haphazardly threw all my clothes and records in a Budget truck and drove down to Atlanta to start a new chapter.

I definitely believe I made the right move and love my new town. However, I now carry a small paranoia with me at all times. Remember Babysitters' Club? Of course you do. Remember Stacy? Yes, the diabetic one. She moved to the little Connecticut setting of the series yet often made exasperated remarks about how things are different or even better back in her hometown, The Big Apple (something I learned while living there is not an actual phrase used by actual people). As I still occasionally find myself lamenting over something I got used to in New York, I try to pump the brakes. I don't want to be Stacy right now, but ... I'm gonna be Stacy right now. Anyone else who's loved and left NYC will almost definitely relate. Sigh...

The glory that is reliable public transit

The biggest adjustment to leaving New York for many is relearning to drive. Sure, many other cities offer public transit options, but none so extensive in route and operating hours. It was worth getting stood up several times by the G train for otherwise helpful service. Not to mention, it's an ideal way to pour serious time into a book.

I totally took for granted the option to visit Temple of Dendur whenever I wanted. The Met is positively mind-blowing. As is MOMA. That kind of pristinely-curated culture just isn't available everywhere.

Ridiculous theatre as a legit option for the night

I never saw one Broadway or off-Broadway play during new NYC tenure. But I could have. I even threatened a second date with Sister Act 2: The Musical once. Now I'm in a less theatre-centric city, I must be more creative in intimidating suitors.

As a fast walker from an early age on, I felt I finally found my people when after moving to New York. The standard walking speed is essentially normal people jogging. Folks have places to be and dammit they're getting there — I like that. When I sprint around the sidewalks in Atlanta, I feel passerby scan my body for visible, active flames.

OK, I absolutely think it's polite and should be mandatory to greet those working customer service gigs during a transaction. Smile! Try it! However, I'm not nuts about the pseudo pleasantries often exchanged in non-New York cities. If they're authentic, awesome. I just feel — especially in the Southeast — they are not and could totally be circumvented. Remember all those places we gotta go?

"Have you ever tried GRUBHUB?" one friend asked me shortly after I arrived in Atlanta. I wanted to weep. Only in New York can you order a full sushi spread at 11 P.M. on a Tuesday and have it arranged all across your cramped apartment dining room table by 11:20 P.M. My first week in Atlanta I ordered a pizza at 9 P.M. online and met the delivery driver and the cold pie at my complex's gate at 10:45 P.M. Sad.

Badass food across all cultures

Get your Chinese on in Flushing. Go to the East Village for insanely dope Indian food. Find the perfect pierogi in Greenpoint. Brighton Beach for acharuli khachapuri, Bushwick for freshly-made corn tortillas, Nolita for campania. South Williamsburg even peddles not-half-bad soul food. Literally anything you want to eat you can find — and the real deal — in New York. At least we have Buford Highway and its attempt to cover such territories in Atlanta.

For just $2 a pop, in New York you can have a bomb bagel. This makes for a seriously satisfying meal on the run. And better yet, you're likely to find a mad decent one in any of the bodegas planted on most any block. Which —

I formed a deep and meaningful relationship with my local bodega clerk, Chuck, during my stint in the southeast Greenpoint neighborhood. (He was not a Shiba Inu and to the best of my knowledge is still not a Shiba Inu. Unfortunately.) These amazing little catch-all shops stay open almost all hours. They sling essentials like toilet paper, beer, cat litter, etc. As neighborhoods gentrify, too, you'll find bougie options like goat cheese, soy milk, and 10 kinds of kombucha tea. Anyway, on particularly rough nights, sometimes Chuck would take an IOU for my recovery soda water. He also held some expensive concert tickets for me when FedEx failed to delivery correctly. Miss you, Chuck.

In New York, it's always pretty easy to find a way home. Yellow cabs swarm Manhattan and even in other boroughs, numerous car services offer to carry your drunk ass back to your or a friend's (*winking Emoji*) bed. Spotting a cab in Atlanta on a Saturday night is like spotting an orange peel on a scurvy-striken ship. You might have to battle several strangers and/or acquaintances (*mouthless Emoji*) to score a ride in it.

All the tourist-y nonsense

Mostly, I apply this to the Staten Island Ferry. It's a breathtaking, totally free, and unique view of the city. Plus you're on a boat! Double plus they sell Budweiser which is somehow so hilarious to me! I also have a soft spot for the John Lennon memorial in Central Park. Ask even the most hardened New Yorker and they'll surely have a few tourist spots they still deeply love. They just might not tell you right away which ones. (It's probably Katz.)

Honestly, this is the biggest one for me. There are always going to be things you miss from places you've lived. You may even ache with longing for even a subpar bagel from that spot by Washington Square Park you used to frequent. (Seriously, where the hell are Atlanta's good bagels? Tell me). But ultimately, it's the person I walked across Williamsburg Bridge with to The Library and its incredible jukebox I miss more than the bridge, the bar, or even that Misfits-heavy juke. I miss those I spent my final nights with on our roof drinking champagne with straws more than the dazzling view. At least I can always visit, but considering the #stress of NYC life, I anticipate seeing them down here much sooner. And that's totally OK. (RT tickets start at $200, guys, just sayin'.)